Costa Rica in the World Cup 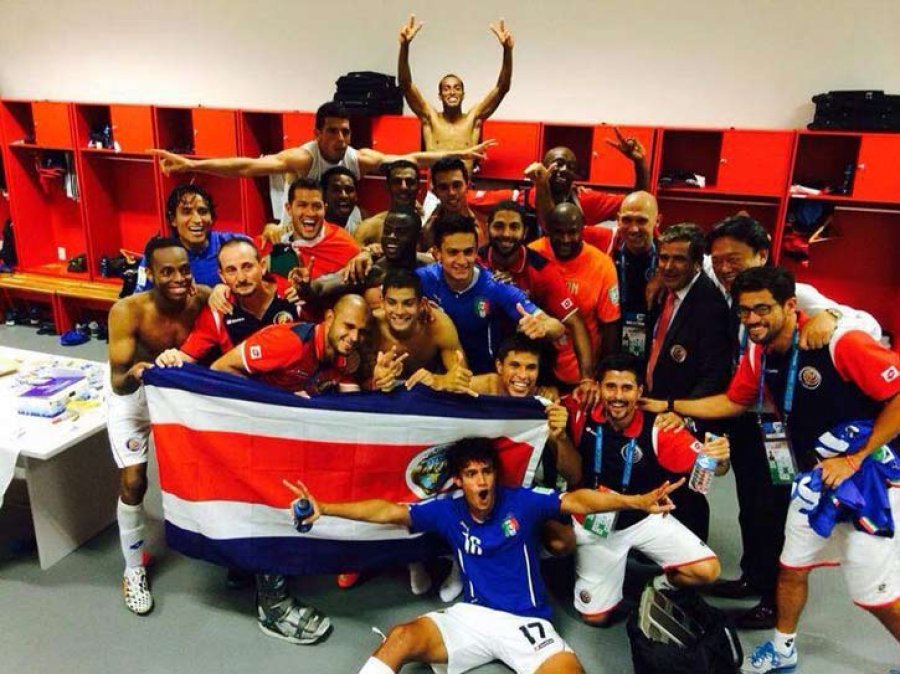 By toppling two mighty teams Costa Rico guaranteed first place in their World Cup group. But what is the secret behind Costa Rica’s stunning performance? And why have none of their successful footballers played in any of the Turkish leagues?

Although they were considered the weak link in their group, Costa Rica beat the favored star-packed teams of Uruguay and Italy 3-1 and 1-0, surprising everyone.

Before the start of the World Cup I’d told everyone I talked to that Costa Rica shouldn’t be underrated and were quite a strong team. Most of them dismissed my comments with a mocking smile.  When I went home and listened to the World Cup pundits on the NTV and NTV Sports channels the comments were similarly belittling, even poking fun at the team: “What’s there to say about the Costa Rica team except they come from a beautiful country.”

That attitude changed with the match against Uruguay. As expected, Costa Rica fell behind in the 24th minute with a penalty and the only question was when Uruguay would score their second goal. My confidence in Costa Rica’s eventual triumph, however, never wavered. It was in the second half that my expectations were met. Costa Rica’s Campbell thumped in the equalizer in the 54th minute and three minutes later Duarte scored an amazing header. Costa Rica went on to dominate in the second half, launching attack after attack they failed to convert into goals.  Then, Ureña’s goal in the 84th minute sealed Costa Rica’s well-deserved victory over Uruguay. 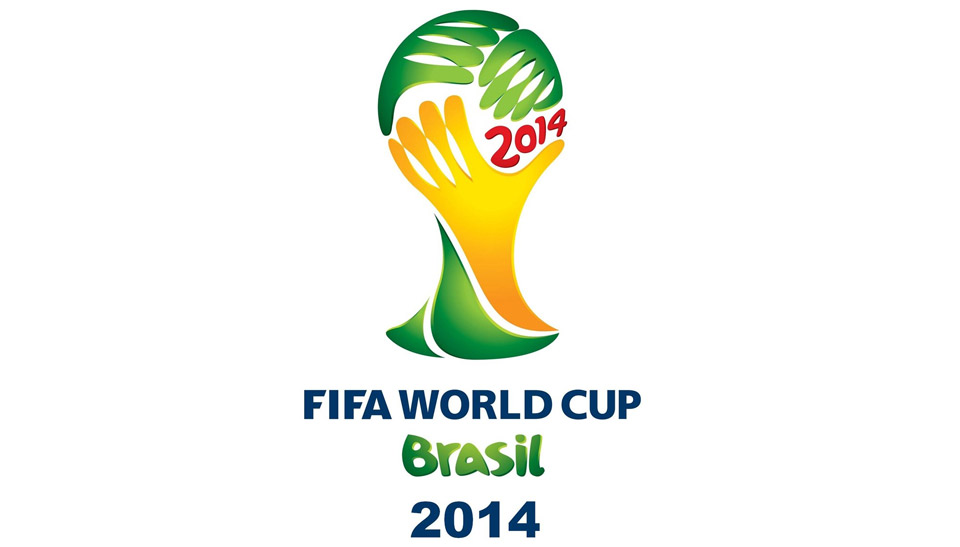 As everyone opined that Costa Rica had generally played well but would be challenged by the other matches in their group I told them all that Costa Rica had a good shot at beating Italy. And Costa Rica did indeed go on to play wonderfully, with Ruiz heading home a cross in the 44th minute, leading to victory for his team. What’s more, Costa Rica kept up the pace throughout the rest of the match.

That win propelled Costa Rica to the next round, and as the leader of their group, no less. So, how is it that a team dismissed as the weakest link in their group and mocked on TV programs, emerged top in their group by beating two teams tipped to win the World Cup? Let’s get down to brass tacks…

As the Honorary Consul of Costa Rica in Istanbul and a person charged in part with promoting that country in Turkey, one of my bright ideas was to secure the transfer of a Costa Rican player who would make a good impression in the Turkish leagues. To that end, I had been in touch with the Costa Rican Football Federation and solicited the advice of a few Costa Rican friends I considered to be knowledgeable on Costa Rican football. 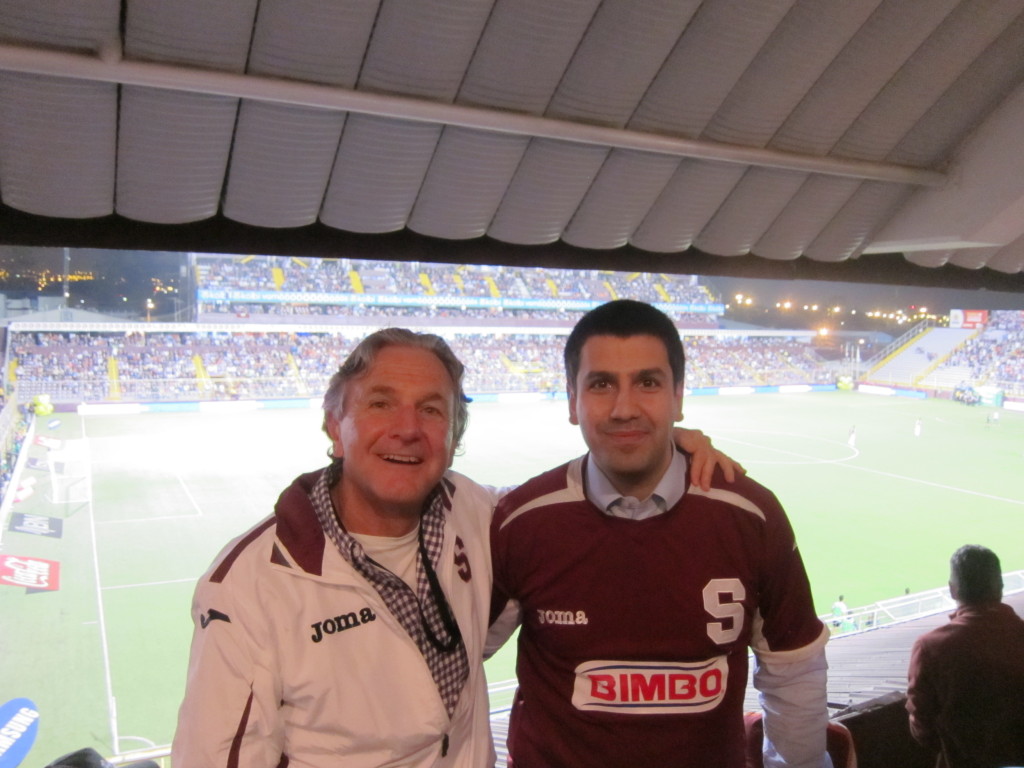 In fact, the owner of one of the country’s top teams is a valued friend of mine. In addition to quizzing him and other professionals, I also followed league matches on the internet, enabling me to prepare a list of 10 players, of which half were recent Costa Rican recruits to European leagues. The other half were relatively unknown players who had shown successful performances in the Costa Rican league. What all the players had in common was their youth: The oldest among them were 20-25 but most were under 20. I concluded from my research that each player on the list possessed specific qualities that promised an extremely bright future. 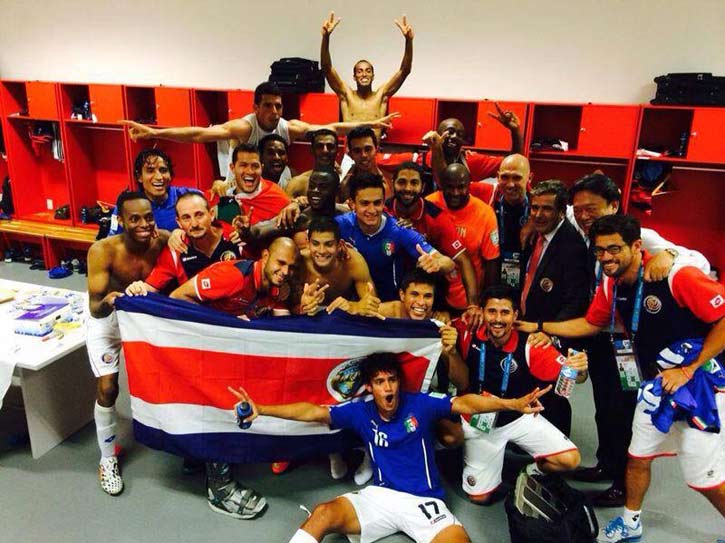 I submitted this list to the directors of one of Turkey’s top teams, explaining that these young Costa Rican players could be brought to Turkey, reach the pinnacles of their careers here, and then, if desired, be sold to a European team for a lucrative transfer fee. “Those sorts of transfers are not our style,” was the answer I received. Saddened, I then abandoned my efforts.

It is with a sense of pride that I reveal the following: Of the 4 footballers who scored in Costa Rica’s first two matches, 3 were on my list. In addition to the strikers on my list, other promising players included goalies, defensive liners and wingers.

To those who professionally arrange these football club transfers and to those TV pundits spouting half-baked ideas I say the following: None of you is adequately monitoring the global football scene. If you were, you would have at least entertained the possibility that Costa Rica might succeed, or, as those responsible for arranging transfers, you would have transferred young talents that would add value to your team.

Instead, you’re all taking the easy way out. Those on the transfer committees base their transfer decisions on the poor research of managers. These transfers usually end in disappointment. And then there are the pundits who pontificate based on hearsay, without bothering to follow leagues in other countries or even read the sports pages of those countries. You all chase after star footballers past their prime or with terminated contracts. While this might increase your credibility and ratings in the short term, you’re unintentionally harming Turkish football.

We need to place more of an emphasis not only on young international players but the young ones in our own country. It’s important that we join forces to identify players with the right potential and to support their development. We need to train them not only to be good footballers, but to foster the development of healthy characters and to teach them more about life. We also need to guide the general public to support these young players and to be patient with their progress.

I’d like to add one more thing. I have really enjoyed this World Cup. What we are witnessing this year is a tournament where plucky young players and their teams can achieve victory, not just global stars. We can say that this tournament embodies the true spirit of sport. I hope the powers that be in Turkish football learn the necessary lessons from this tournament.