Energy And Environment: Where Is The World Heading? 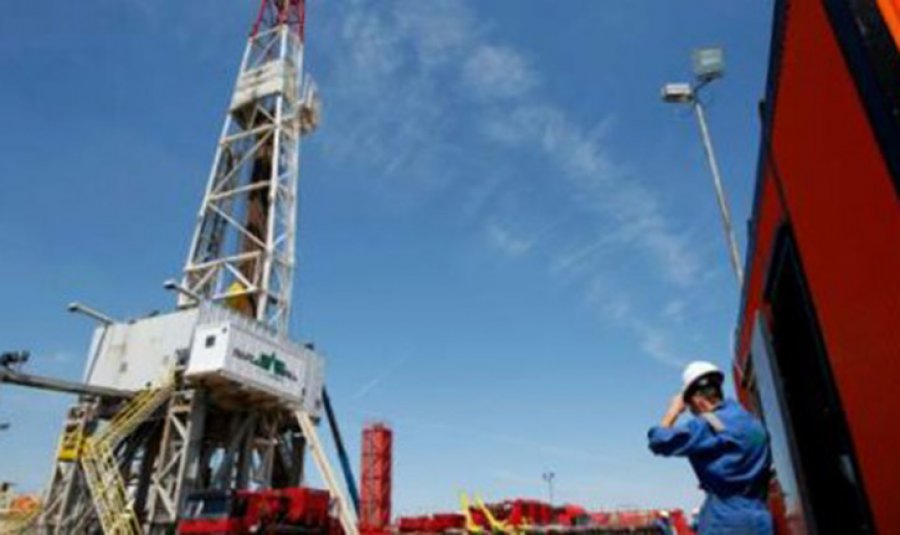 In my mind, I have many issues related to each other which I want to share with you. Both energy and environment are huge topics.​

Each one has its own sub-branches and expertise areas. You can find thousands of reports written about these topics in many different countries. Besides, these subjects are always discussed and talked about in detail in conventions or in meetings. I deeply respect the experts and I believe these subjects should always be discussed, considering the future of humanity. My aim in this article is to give you a general point of view in plain language and to convey my thoughts about these topics.

Fossil fuels are natural energy resources such as coal, oil and natural gas which have hydrocarbon. They are formed within the millions of years of dissolving of dead organisms in oxygen-free environments. Fossil fuels are limited. Even though the discussions about the size of the coal deposits and oil & natural gas reserves continue, we can say that especially the oil and natural gas reserves have working lives of hundreds of years or more. However, we can also say that due to the fast population increase, industrialization and urbanization, consumption is rapidly increasing and therefore, resources are rapidly decreasing. Assuming that mankind won’t give up the blessings of modern life and population will continue to increase, it won’t be wrong to say that fossil fuel consumption will go up at an increasing rate. Below, you will find two graphs that explain this situation. The first one is the historical increase of the world population and the second one is the historical distribution of world’s energy consumption. You can clearly see the increase of the world population (the population that was around 1 billion in the 19th century went over 7 billion these days) and how the fossil fuel consumption that started in the beginning of the 20th century increasingly continues (pay attention to the vast majority of oil, natural gas and coal in this equation). 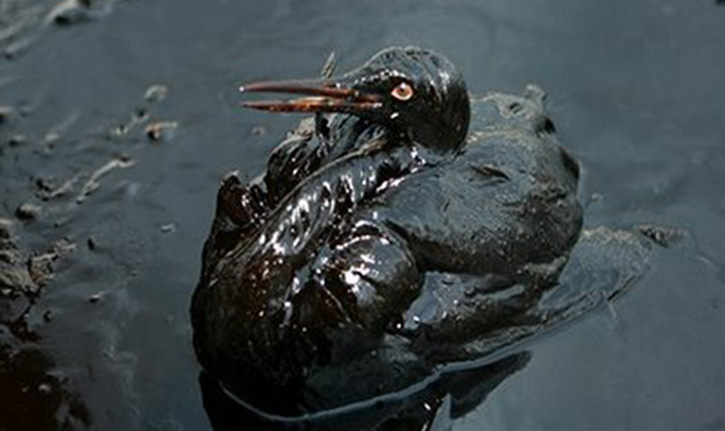 Taken from World Energy Consumption, Vaclav Smil: Formed with the estimates from Energy Transitions: History, Requirements and Prospects and together with BP Statistical Data on 1965.

As you can see in the graphs above, it is necessary to meet this progressively accelerating consumption. In economic terms, there should definitely be a supply for this demand. We can say that investments for supply are rapidly increasing. According to the news of Sabah newspaper in August 25, 2012, the findings of a research that Global Data carried show that the oil investments of big energy companies have gone over one trillion dollars. The number of oil fields found in the last few years has become 242.

We can say that the peak level has been passed in oil production capacity. While production is increased, fuel consumption increases faster. The oil producers know this very well. This is why they make huge efforts and spend a lot of money to find oil in places they wouldn’t even dare to look before, such as Antarctica, open oceans and regions where heavy oil is found.
So, how is the energy demand satisfied when the gap between oil demand and supply keeps increasing? If you ask how this energy demand is met, I can tell you that it is met with other fossil fuels like gas (natural gas, LNG, LPG, etc.) and coal. You can also see this in the graphs above.
For instance, nowadays, something called the shale gas emerged. Shortly, shale gas is the small amount of natural gas found under rocks. Technically, the process called fracking uses water pressure to create fractions inside the rock layers to eventually let the gas out on the surface. At this point, water is firstly mixed with soil and chemicals that are used to speed up the process. These chemicals that are very much criticized by environmentalists in USA can pose a danger to human health by mixing with underground water resources. Besides, the earthquakes that are said to happen in places where shale gas is found is yet another natural disaster. I want to share with you the conversation I had with some of the protesters in front of Denver Convention Center which housed the World Renewable Energy Forum I attended this year in May and the Natural Gas Congress at the same time. This video clearly shows how sensitive the environmentalists are about shale gas:

For sure, in a country like Turkey which strictly follows the trends, we can say that the shale gas process has started. In Sabah Newspaper, an article from 25 August, 2012 titled “The Gas Hunt Starts with Cesarean” said that Turkey’s first shale gas search was going to be initiated in the Sarıbuğday village of Diyarbakır. The exploration that would last 6 months was going to be started that week (I don’t know whether it began or not). It is aimed to go down 4500 meters in Turkey’s first shale gas search in the Sarıbuğday village between Diyarbakır and Batman.
In that same article, it is indicated that Turkey has a serious potential of shale gas which has put the world’s biggest natural gas importer, USA, into a position of an exporter by enabling it to produce more than Russia. The article also said that shale gas-petrol basin was spotted in Diyarbakır, Erzurum and Thrace and that 20 trillion cubic meters of natural gas and 11 billion oil barrel reserves could be found in the rocks. 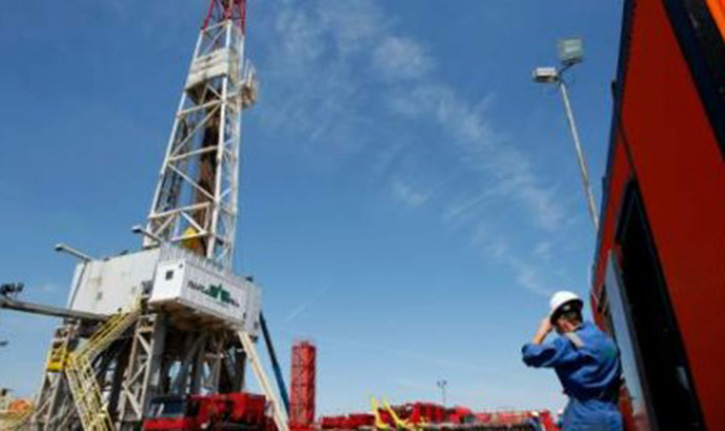 An example of Shale Gas Exploration

As you see in this shale gas example, we can talk about trillion dollars of additional investments and huge efforts that are made to obtain gas and coal. By huge efforts I mean how mankind pollutes seas, destroys the poles and breaks down the mountains and rocks to find fossil fuel. I mean, mankind tries every possible way. But why?
Because the energy companies know very well that whatever they find of fossil fuels, the market with the highest profit margin is there for them to sell it instantly and make a lot of money. Here, we’re talking about a very lucrative market which becomes more and more profitable each day with the price increases. In fact it’s a market in which the demand can hardly be met.
Can we say that the methods applied in this market where the demand is hardly met are environment-friendly? No, we can’t say so. I have given the example of shale gas. There are many other methods like this that harm the environment. For instance, we still vividly remember the disaster that happened in the Mexican Gulf in USA…

We can say that the burning of fossil fuels maximizes carbon emission and stands as the biggest factor that pollutes the environment. From another perspective, we can also say that fossil fuels are very important resources for humanity. Instead of being burned, these resources can be used in the petro-chemistry (plastic, etc.) and fertilizer industries. The following words that the Shah of Iran once said clearly explain the situation: “The future generations will curse us for wasting oil by burning it.” We can say that this is true to a certain extent, because we have burned and annihilated oil instead of using it in the production of very valuable materials for mankind. After all, in my point of view, fossil fuels are truly valuable raw materials. By burning it, we’re both wasting this valuable raw material and we are polluting the environment and therefore ruining the natural balance.

Here are a few examples: According to the information I got from Greenpeace, the area that the glacier covered on Sunday, August 26 was less than that in 2007 during which the most melting was seen. The ice mantle that covers the Arctic Ocean was as big as the continent of Australia only 30 years ago. However, the melting speed reached such a point in time that perhaps the entire glacier will melt down completely within 20-30 years.

The natural disasters caused by the climate change and the damaged earth’s crust resulted with deaths of millions of people, continued constantly in the last 20 years. The earthquakes, tsunamis, hurricanes, landslips, floods caused by excessive precipitation, deaths of thousands of people because of temperature extremes and many more…They are too numerous to be counted.

In other words, “mother nature” first pulled our ears because we ruined the natural balance, nowadays it started to slap us in the face and finally it will hit the fatal blow. Many people talk about how the end of the world is coming, but I think that the world will recover even if it takes millions of years and that nature will fix the damage on its own. If things go like this, the damage will be on mankind. Just like what the dinosaurs went through, mankind will disappear. Then, nothing will be important in this materialist world we live in. I can explain this best by a nice saying of the Native Americans, who adopted a lifestyle at peace with nature: “Only after the last tree is cut down, only after the last fish is eaten, and only after the last river is poisoned, only then will you realize that money cannot be eaten.”

Finally, I never lose my hope in such a pessimistic picture and I think that if we do what is necessary from now on, we will guarantee the rights of our own children and the next generations to live.

If you ask me what can be done to put things in order, I will kindly ask you to wait for my next article.