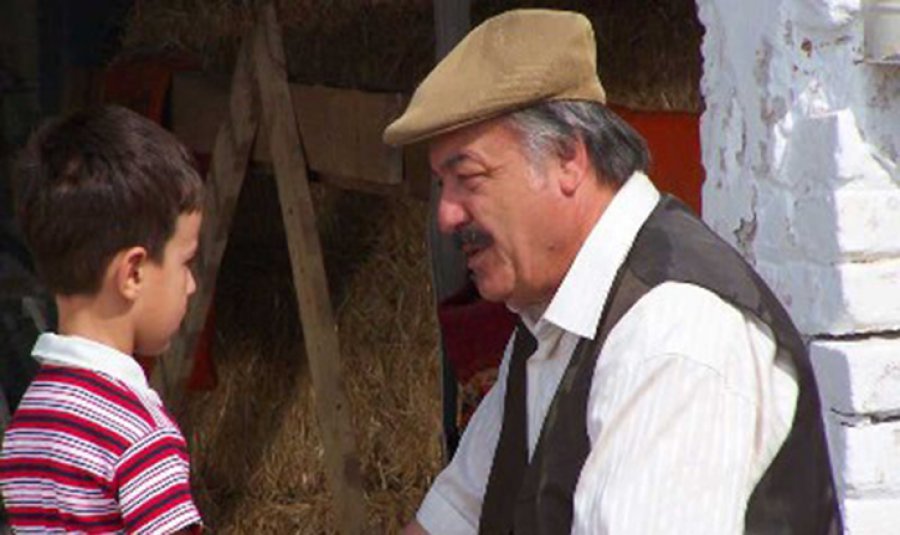 Recently, we celebrated this year’s Father’s Day. Like some other days, Father’s Day was made up. Even though it’s a commercialized ‘special day’ that positively affects the market, we can say that it’s beneficial because it reminds us of fatherhood.​

Considering the local differences, levels of education, socio-economic statuses and environmental factors, there are many different types of fathers in our country. Believe me; I have seen thousands of different types of fathers too. Here are my observations: There are two important factors in the formation of a child’s character. The first one is the child’s genetics. Is the child’s character strong or weak? Is he/she problematic or not? There is nothing one could do about any of these. We have no option but to say it’s the act of God. The second important factor is the family and the environment. Believe me, I have witnessed to kids born with a strong character who were raised in bad family environments and who were wasted and I have also witnessed to kids with problematic childhoods who grew up in very good and stable family environments who ended up in very good places and who are problem-free. Therefore, in these cases, we shouldn’t just say it’s the act of God. We should definitely provide a good family and environment for the child.

Among thousands of fathers in our country, I can say that I encountered fathers who see themselves as chieftains. They see themselves as half-god and think that they are the one and only leader of the family. Everyone has to be in need of them. They can do everything to continue their authority; they can use their power and money on the family members when necessary. Principles don’t mean anything for them. Their only worry is to continue their authority until the end of their life. They don’t care if their children are wasted in the meantime. They see their children as their property and just like decorating a house they own, they try to shape their children the way they want.

Some fathers don’t own the family at all and they don’t grasp the importance of raising a child in a good family environment. On the other hand, some do their best to avoid the shattering of their family.

A distant type of father is also very common in our country. This kind of father sees patting the head of his child as a weakness or he doesn’t want it to be understood that way. Deep down, he likes his child but never shows it. He never apologizes when he makes a mistake. In addition, some of the children of such fathers call their fathers “Sir”. Of course, the exact opposite of this is also present. There are fathers who think of being too informal as being developed. Some of the children of such fathers prefer calling their fathers with their first names.

The type of father that we encounter a lot among rich families is the type who exceedingly pays for all the needs of his child. In fact, they exaggerate and buy luxurious cars, jewelry etc. to their children at a very early age. They think they suffered a lot in their own childhood and they want their children to grow up in better conditions. They pamper their children by meeting every need and by meeting much more. They protect the child whenever he/she makes a mistake. However, they are not aware that they are doing something bad for the child. In such an environment, the child continuously makes mistakes; he/she is unable to hold a job and ends up living off his/her parent’s money.

There are also unconscious fathers. These people, firstly because of their ignorance (and because of not knowing what birth control is), make a baby one after the other. Meeting only the minimum needs, like food, they put their children into labor force even if they are very little. They have a financial impossibility to raise that many children in the first place. Before their children live their childhood, they send them to work as an apprentice and put all the load of real life on their shoulders. Or they try to marry off their daughters as early as possible (Even when they are still a child).

Some fathers are stone-hearted and they manage and direct everyone by scaring them. On the contrary, some fathers win the hearts and earn the respect of their children and create their authority this way.

-Believing in the family institution and providing the child a warm-hearted family environment to grow up in.
-Taking care of the child one-to-one and being able to spare time to him/her.
-Accepting that the child is an individual and leading and supporting him/her according to his/her own will, ability and talent instead of the wants of the father.
-Not hesitating to introduce the child to real life, in fact, overlooking some of their mistakes but making all the warnings in the meantime.
-Trying not to provide the child with everything at the same time so that he/she doesn’t become greedy and making them achieve their wishes through their own effort and work.
-Teaching the basic health principles (for instance, brushing their teeth at least twice a day, taking a shower everyday etc.).
-Teaching life’s basic principles (I will write an article about this topic later on).
-Being able to spend quality time and having fun together.
-Ensuring that the child is a ‘good person’ first and foremost. Believe me, being a good person is more valuable than being rich.
-Finally, love and respect are very important. What goes around comes around in this world. If you show enough love and compassion to your children, you will receive the reward. At the same time, a certain line of respect must be kept. When the love and respect finish, it means that the father-child relationship is greatly distressed.

There are many more items I could include in the list above. However, to cut it short, I would like to indicate the following as the last point: Motherhood and fatherhood are issues to be taken very seriously. In fact, I think a family should definitely go through an education before having a child. It is obvious that many social problems are caused by the children raised by parents who don’t understand anything of child psychology, who have a huge ego, who are ignorant and who don’t hesitate in using force. AÇEV (Mother Child Education Foundation) is a good example to the education of parents (Thanks to the Özyeğin family).

You may rightfully ask me the following: So Serhan, have you experienced being a father that you dogmatize about it?

I can clearly tell you, no, I haven’t experienced being a father yet. When I’m ready and when I become a father, you can be sure that I will do my best to be a good one.