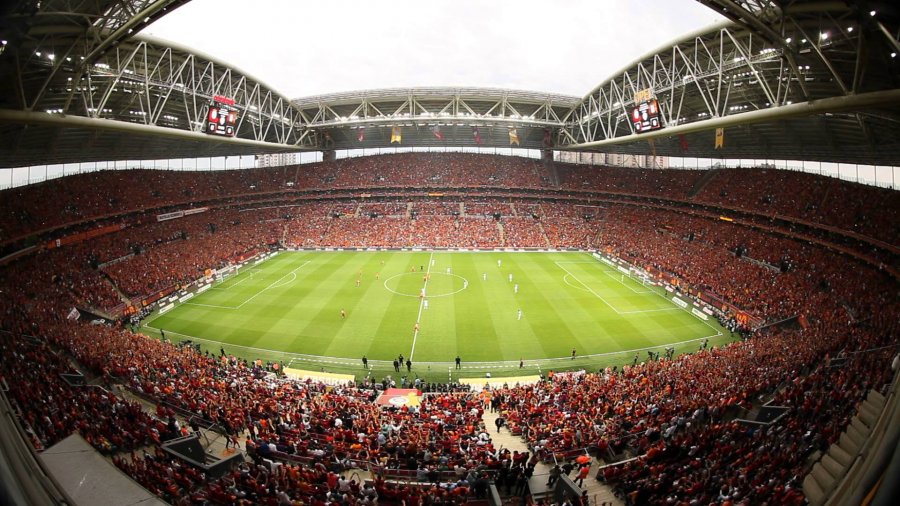 I didn’t go to the home match against Fenerbahçe the other day even though I was in Istanbul and I try not to miss the matches played in our stadium.  We have a box, so finding a seat is not an issue. My not bothering to attend a match against arch rival Fenerbahçe means there’s a problem.

Galatasaray is being badly mismanaged, which bothers me a lot. I’m not talking here about bad luck or the odd mistake. Fundamental errors are being made and finances are getting worse. At this rate, the club we love and have grown devoted to will crash into the wall.

This situation predates the current chairman. For as far back as I can remember, Galatasaray has had only two chairmen who helped it to shine and advance: Alp Yaman and Duygun Yarsuvat. Forgive me for being frank, but I’m telling it like it is. The other chairmen oversaw the club’s decline. Some achieved success on the field but neglected finances. For example, the chairmanship of Faruk Süren. And there are those like the current chairman, Dursun Özbek, who have focused on imposing financial discipline while team imbalances have resulted in a serious decline of success on the field.

We started competing with a subpar fighting ability.

Is there no way to achieve financial discipline while still winning on the field?

For a storied club like Galatasaray, of course there is. But it will only happen with our backing and the full implementation of a series of measures.

I don’t like to dwell on problems and tend to focus on solutions. That’s why the purpose of this post is to outline a way for Galatasaray to bolster its finances and become a team that fights for the championship.

In order to comment further on financial issues in particular, I need to go into greater detail. Because I’m not part of the club’s management (and have no intention of being so), I’ll be presenting my impressions as an outsider. Still, I suggest you read to the end as I’ll be touching on some important points.

1. Competence: The club is being mismanaged. Whether its members are graduates of Galatasaray Lycee or not, the management team hasn’t been a success. What’s needed is the execution of a plan by members of the board who are professionals and capable of making a true contribution to the Galatasaray Club. The current chairman is well-meaning and loves Galatasaray. That’s not enough, however. Because he is inexperienced in the role of chairman of a sports club and because he has not gathered advisors and board members who can cover for his inexperience, he is making major mistakes. Galatasaray could also find outsiders to help run it. Being a graduate of Galatasaray is not essential. There are millions of people who never attended the high school of the same name but are devoted to the club. The power of this devotion should be harnessed.

2. Financial Discipline: Galatasaray should be managed like a company with an eye to balancing the club’s income and expenditures. The measures listed below should be adopted to that end:

a. Accountability: What astonishes me most is the businessmen who are successful in their own business endeavors but seem to turn into someone else when they serve on the club’s board. While we all know that there are some managers who make valuable and significant contributions to the club, most of them seem capable of making serious fiscal miscalculations at Galatasaray that they would never make at their own companies. That’s because they see themselves as the administrators of an association, which relieves them of a sense of responsibility and makes them think they can get away with anything. That attitude causes them to continue harming the club. The management should always be held responsible for the fiscal health of the club. The directors of Galatasaray should no longer be allowed to serve mainly as a bid for prestige and self-promotion.

b. Elimination of entrenched vested interests: This is perhaps the most difficult one of all and it certainly won’t win any popularity contests. However, my observations as an outsider tell me that Galatasaray is being financially exploited for the gains of a few. The objections of these vested interests must be ignored as they are quickly eliminated.

c. Trimming waste: The operational losses incurred by the Galatasaray Store were announced at a general meeting I attended some two years ago. How is this possible? The GS Store is a concept that by definition is a money spinner. Only wasteful expenditures could cause it to post a loss. For example, the cost of overhead, inflated rent, overpaid advisors and overstaffing. It’s time to trim all this waste.

d. Review of sports branches that don’t generate revenue: Naturally, we’re all proud of Galatasaray for competing in so many different fields. However, we need to do way with those sports branches that are unable to find sponsors or to make a financial contribution to the club. We need to focus on those that can and do.

3. Development of a ‘master plan’ for sporting success:

a. Infrastructure: I’ve said it before and I’ll say it again: Galatasaray needs to get to work on infrastructure throughout Turkey for its sports branches. The area that requires the most investment is this infrastructure. This project will not only make a major contribution to our country, it will also enable sustainable future success for Galatasaray. If even a quarter of the amount spend on unnecessary transfer fees were invested in infrastructure the added value would be incredible. Galatasaray is a storied name in sport. Its reputation will clear the path of problems as it sets up this new system.

b. Transfer of potential star players under 25: Most of the big-name transfers are over 30 years old. This needs to change. In order both to earn revenue through future transfer fees and to benefit from young players with the best performances we need to focus on transferring players under 25 so that we can help these players to quickly achieve their potential by constantly mentoring them. This move would not only boost Galatasaray’s performance in all the branches of sports where its active, it would also guarantee long-term future success.

c. Work with the best possible technical directors and coaches: Fenerbahçe basketball coach Obradovicis is a good example of this. Ever since he arrived, the team has improved. At this rate, Fenerbahçe will soon be putting Europe’s biggest trophy in its museum. Obradovic is an ideal coach in all ways. His success comes from being able to choose the best tactics, to motivate his team, to prepare properly for matches and to help his players fulfil their potential. We need a version of Obradovic in all our professional branches. Those who are ambitious, but ethically challenged, have no place at Galatasaray, however. In order to recruit promising young athletes and train them to be able to compete on the highest international level, the secret is to have a technical team (coaches, technical directors, handlers, etc.) that is able to unlock their full potential.

d. Get finances in order: The improvement of Galatasaray’s financial situation is essential to its sporting success and interlinked like the chicken and the egg. One begets the other. For that reason, we must get our financial house in order immediately.

4. The necessary attention to ethics: The necessary emphasis on ethics would be positively reflected in many ways. It may be challenging at first, but over the long term it would open many doors in terms of Galatasaray attaining the standing it deserves There’s a lot I could write about this. Here are a few of my thoughts:

a. More attention to communications among managers, technical teams and athletes: Tensions are already running high in our country as it is. We need to adopt more positive language if we wish to ease them. Some managers, technical team members and athletes are doing the complete opposite. Change needs to start at the very top and everyone needs to get their act together.

b. Eradicate the culture of swearing and attacks: We need to work efficiently and openly on this subject. Even in the skyboxes I have heard the most unbelievable swearing. I won’t even go into the cursing, gestures and brawls that place in the tribunes. We can eradicate this ugliness only be addressing it head on. In other words, at a minimum we must bar from the stadium and publicly display anyone who is caught swearing and attacking others. Perhaps they will be ashamed of themselves. If needed, we can employ advanced technology to catch wrongdoers (I work in that sector and know it is possible). In the end, an arena is a play where sports are played. Both the athletes and the spectators should be role models for society, particularly in these days. In short, we want to see families bring their young children to matches. We have no place in our stadiums and arenas for those who come to blow off steam and do so by attacking others.

c. Relations with other teams: When Besiktaş was eliminated by Lyon, it was embarrassing to see social media posts talking up Galatasaray’s successes from 17 years ago. If I was in charge, I’d show the door to the posters of this content. Enough of this aggressive and hurtful attitude to other teams. It’s time to establish fraternal relations among rival teams. Similarly, it was a big mistake for us not to open up our stadium to Beşiktaş when they needed it. I’ve said this repeatedly. This kind of selfishness is not compatible with Galatasary’s espousal of universal values.

There are many details I could add to what I’ve written above, but I’ll stop for now. However, I am ready to take my place on a team to develop a complete “master plan” for Galatasaray.

This master plan should be implemented only by an effective and constructive board that has nothing but Galatasaray’s interests in mind. Otherwise, any plan will remain only that.

The time has come to complete preparations and spring to actions. If we don’t, I fear that the finances of our club, which was founded in 1905 and has enjoyed numerous historical successes, will reach the verge of collapse.

Financial collapse means “Game Over”. None of us wants this, so it’s time that those of us who care about and support Galatasaray roll up our sleeves and contribute all we can.

Galatasaray is not on its own. Never forget this.