#IKnowForSure more and more of us can change things! 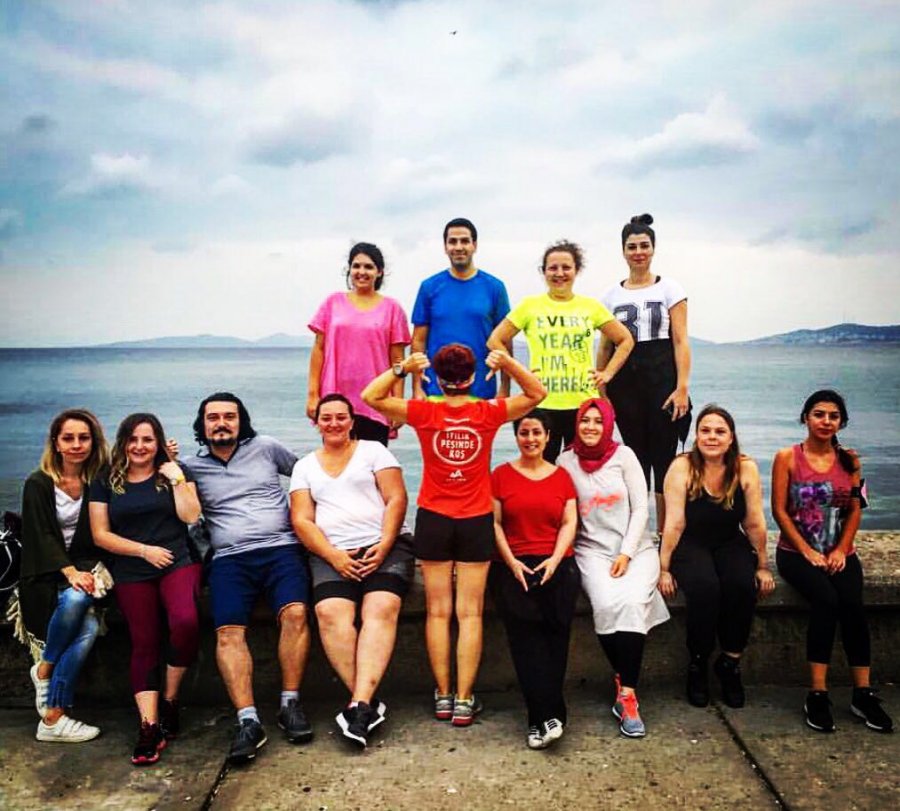 “What matters is for people to be able to stand on their own two feet.” This is the motto for TİDER, aka the Basic Needs Association. We originally set up TİDER in 2010 as the Food Banking Association, but renamed and restructured the association in 2014 when it became what is it today. For everyone who operates on behalf of TİDER the motto is consciously or unconsciously a guiding principle. Even the TİDER logo symbolizes the motto.

Based on this philosophy, the Basic Needs Association has taken on several crucial missions which Turkey needs more than ever today. The first is to supply people in need with basic everyday needs, such as food, cleaning products and clothing, and to do so in a dignified manner... The second is to provide employment for people in need so that they are able to stand on their own two feet - as we see it, this is also a basic need. The third is to prevent waste as we take care of the previous two goals. And our final mission is to ensure that individuals, institutions and organizations pull together in a show of national solidarity.

As the name suggests, our approach to meeting the basic needs of the needy is rooted in respect for human dignity. Firstly, we provide basic necessities such as food, cleaning products and clothing at our Support Market, a setup with the standards of an international supermarket chain. The Support Market operates on the basis of a closed circuit payment system where regular cash isn’t accepted; people or families in need are each allocated a monthly spending limit by the district governor’s office and their purchases are then deducted from this limit.

We also get to know our Support Market shoppers and unlock the employment potential of the families concerned. We steer family members who are able to work in the direction of suitable companies from different sectors. In other words, the support we give isn’t just about providing basic necessities; we also offer employment opportunities to enable family members to stand on their own two feet. After being given a specific period of professional training at any one company, candidates are given a job at that company. As we see it, providing employment is tantamount to meeting a basic human need.

We source our merchandise from a large number of national and international manufacturers and retail companies. We see to it that numerous products nearing their use-by date or items with damaged packaging are matched with people who need them and that they are consumed before their expiry date.

We operate on a destination basis. To give an example, we suggest that the well-to-do in the Maltepe area think about looking out for their far less fortunate neighbors a few kilometers away and invite them to contribute to the Support Project. We are also working hard on the volunteering front. We ask high-school and college students, and anyone else who wants to make a contribution to come work with us as a volunteer. As we see it, it’s crucial for everyone to join forces with the public and private sectors in the fight against poverty. We are doing everything we can for the cause.

For more details about TİDER and the Support project, check out a piece I wrote back in March entitled “The ideal model to fight poverty: the Support Project”. You’ll find it at:

In my next blog I’ll be covering the fight against poverty in greater detail.

A second Support Market on the European shore

Our first Support Market, which we opened in Maltepe, has proved a huge success in the area. We have already provided basic necessities worth over TL 1 million  to more than 4000 families. Additionally, we have found employment for 50 people. Of course we still have much to do. But every day we are improving our productivity across the board and as more support is forthcoming, so we are helping more people.

The time has now come to progress to the second stage. So our plan is to open another Support Market in the Bağcılar-Esenler area on the European shore. With a population twice the size of Maltepe, Bağcılar is also home to significant numbers of people in need. In addition, Bağcılar and Esenler are the two Istanbul districts with most Syrian refugees.

Opening another Support Market isn’t easy; that goes without saying. Because the market will be a supermarket of international standards, we need a serious amount of capital. And we’re doing what we can to raise it. We’ve applied to the Istanbul Development Agency. We’re in touch with and talking to investors. This year we’ve also joined Adım Adım (Step by Step), which has become an important platform for NGOs, in a bid to increase and expand support at the individual level.

We launched the campaign last month, so let’s hope for the best! We’re coming together for TİDER (Basic Needs Association) on 13th November at the Vodafone Istanbul Marathon and running against unemployment, inequality and the unfair sharing of basic needs. On this basis, we’ve hooked up with the Adım Adım and İyilik Peşinde Koş (Run for Good) platforms, created the hashtag “Adım Gibi Biliyorum” (“I Know for Sure”) and launched a campaign. We arranged a “newbies training session” with TİDER volunteers one day, posed for the camera and made our campaign video. Check it out at:

We also made a short film asking for volunteers to run with us. Both videos were shared on social media this last week and quickly took off. We all have one aim: to keep TİDER going and so to reach and support more families in need, to create job opportunities for them and offer employment. On this basis, we made a couple of Instagram videos inviting friends, acquaintances, artists, painters, musicians, actors, poets, in fact everyone we think would want to run for good to join in the marathon. Take a look at:

I also asked the actor, Mert Fırat, to take part in the Istanbul Marathon. And all credit to him, he agreed.

Volunteers wanting to run for TİDER should first register at the official marathon web site, http://www.istanbulmarathon.org/, then set up a personal profile on http://ipk.adimadim.org/. Thereafter you can join the “Newbies Run” and train every Wednesday. And two weeks before the big run, if you click on the “kampanya yarat” (“create a campaign”) tab and seIect TİDER, you can set up your own campaign to combat unemployment and inequality and collect donations on behalf of TİDER.

Here, by the way, is the hashtag for the Adım Adım platform: #adimadim #iyilikpesindekos

At the time of launching the campaign, we set a target for at least 100 volunteer runners and TL 150,000 worth of donations. Given that 80 runners have already registered, it looks highly possible that we’ll achieve our target. In fact, we’d like to exceed it by as much as possible.

Finally,  I’d like to thank all the directors of, and volunteers for Adım Adım (Step by Step) who have opened the doors of this platform to us. Thanks, too, to all my colleagues at the association who have put huge amounts of time and energy into their work even on an amateur basis, and to the friends who have managed our campaign. I thank you all for everything you’ve done.

As we say in our campaign, the support we’ve received has begun to snowball. So let me also extend my heartfelt thanks to all individual runners and corporate teams who are supporting us; to artists who have helped to spread the word on the internet; and to everybody else who has offered their support.

“I know for sure that more and more of us can change things!”

We look forward to your support so that we can open our second Support Market in Bağcılar-Esenler and provide a diversity of concrete assistance to the needy in another critical area! 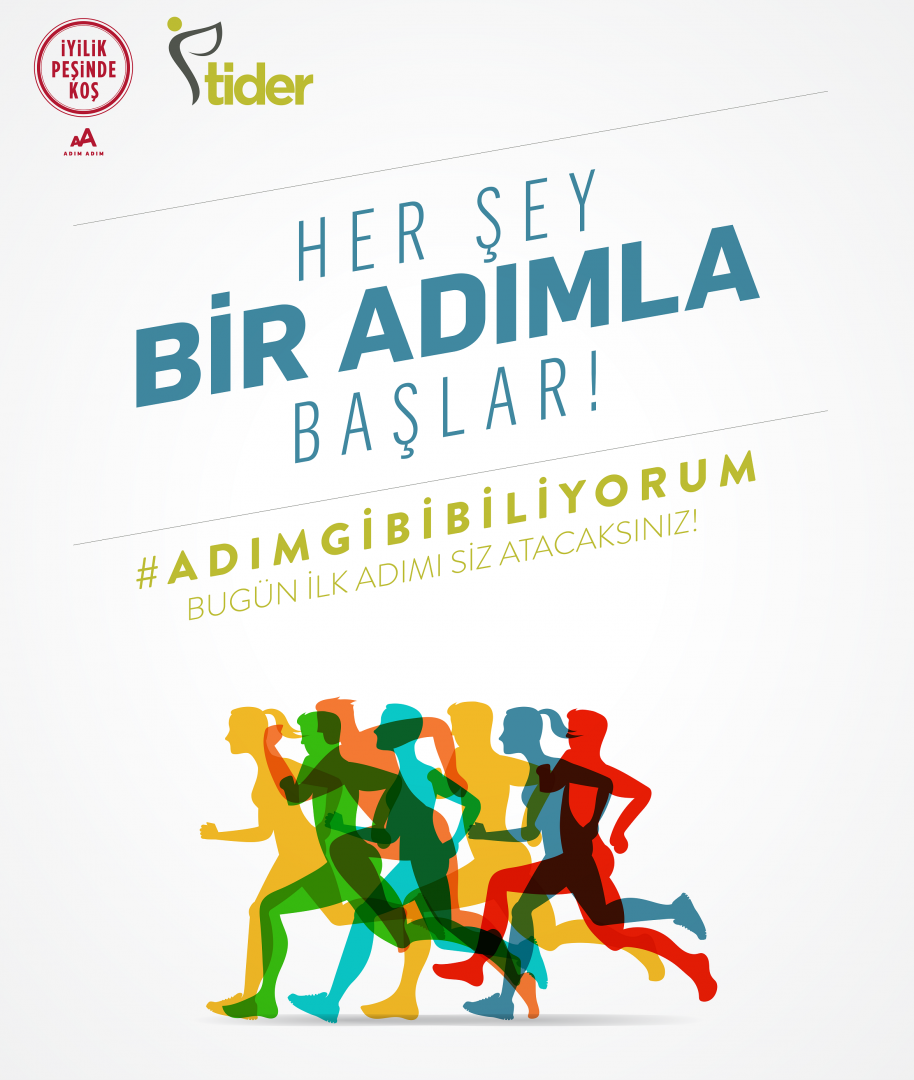 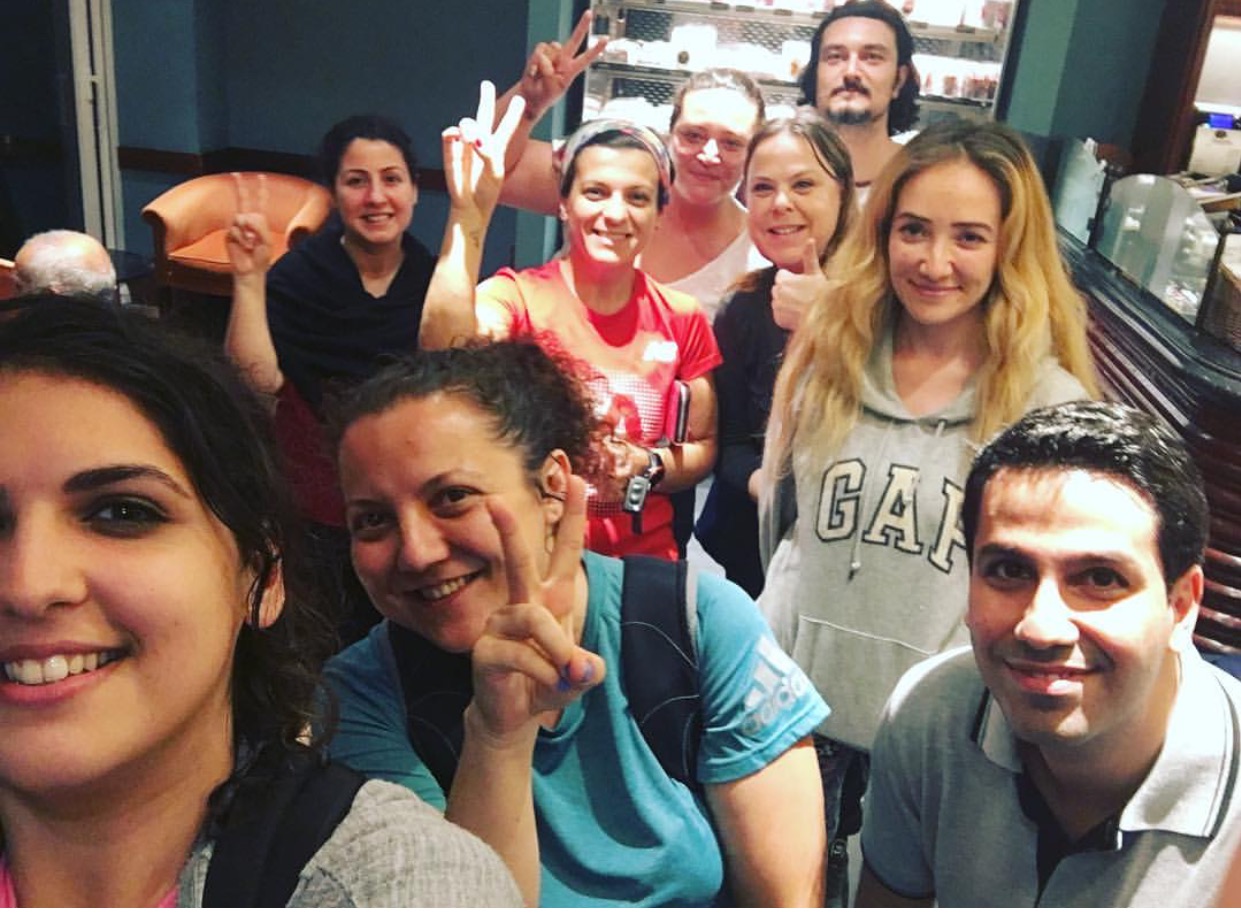 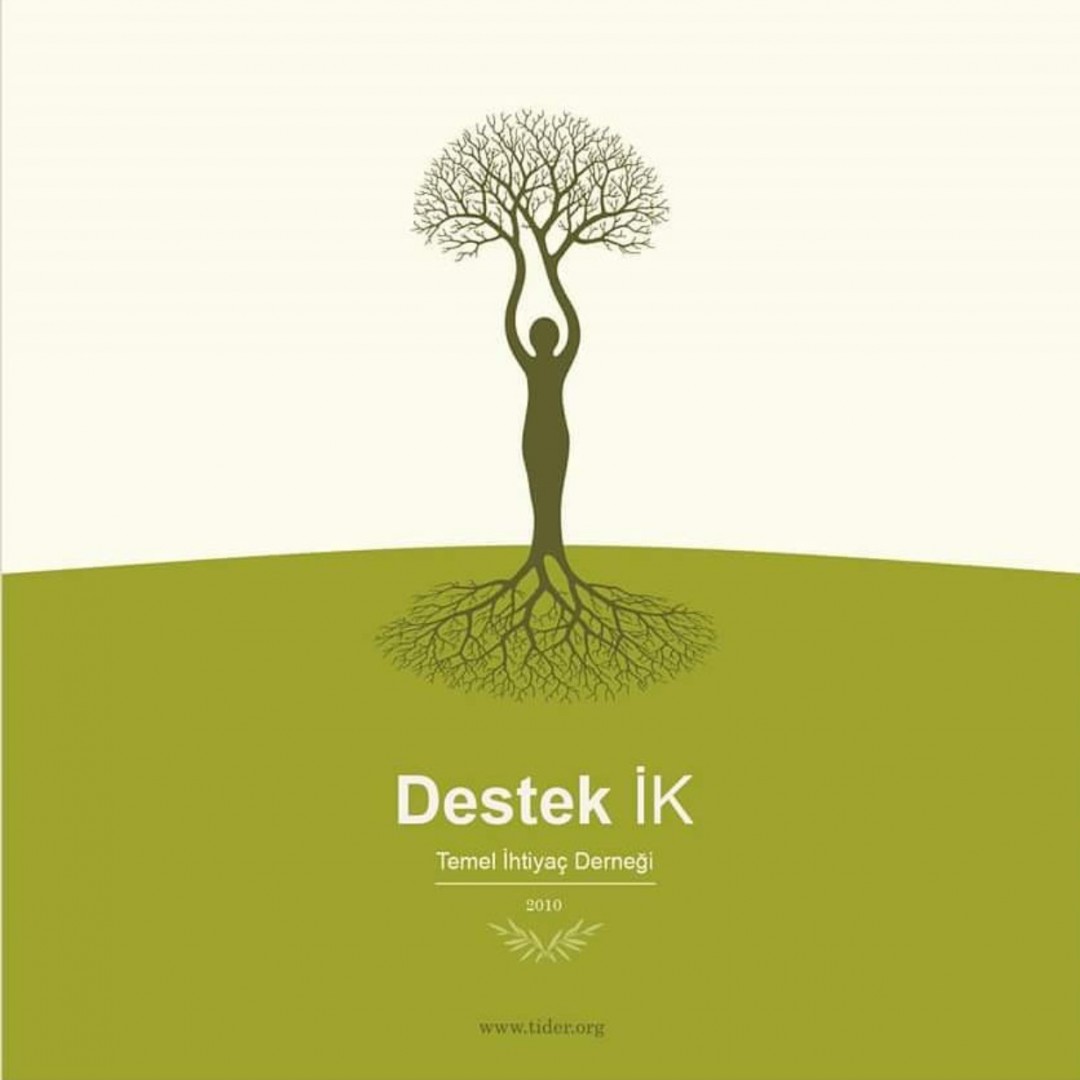