Kars – The Ruins of Ani 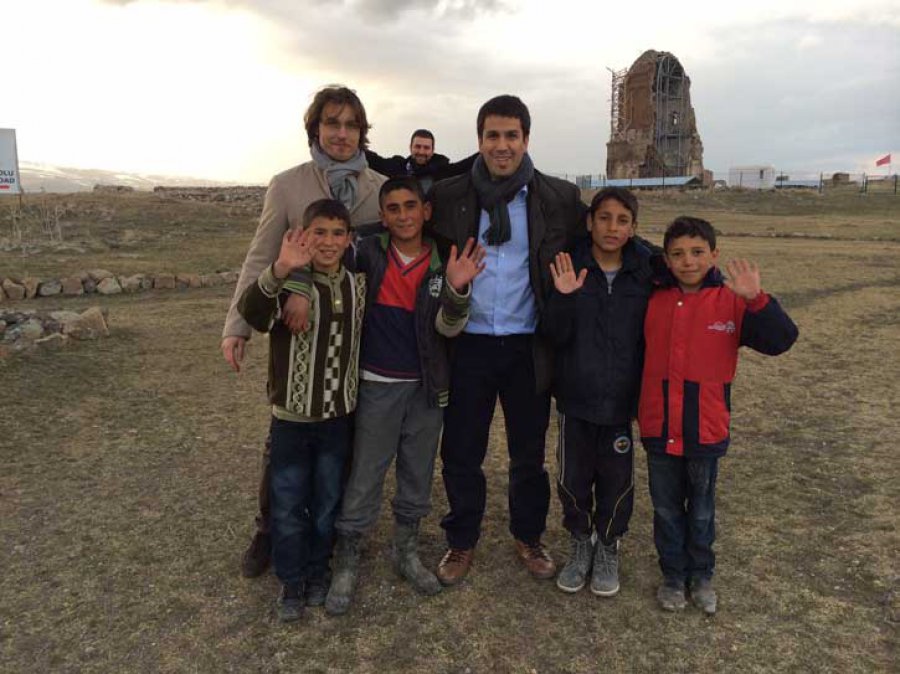 The city of Ani has hosted a number of disparate civilizations over thousands of years. Its incomparable monuments offer a glimpse into history and call out to be explored.  On my most recent trip to Kars I heeded this call. As I wandered through the Ruins of Ani I found myself impressed once again by the multiculturalism of Anatolia. The children from Kars who voluntarily guided us made our expedition even more special, of course.​

During my most recent trip to Kars the Ruins of Ani were part of my program. I was lucky that my suitcase was among the first to emerge, allowing me to leave the airport just 5 minutes after our plane landed at about 3:00 in the afternoon. We didn’t have much time since it got dark at about 5:30. Macit, Ömer and Alberto picked me up at the airport and we went straight to the Ruins of Ani.

It was the first week of March, and naturally much had changed since my previous visit. The snow had melted and the air had become mild: Kars was getting ready for spring. The following day we were going to ski on the last of the snow blanketing the mountaintops of Sarıkamış. As we travelled to the Ruins of Ani, which I’d been curious about for a long time, we encountered some fascinating sights along the way. At times we passed deserted dwellings, at times the plains stretched out to the horizon and at times a gaggle of geese blocked the road. 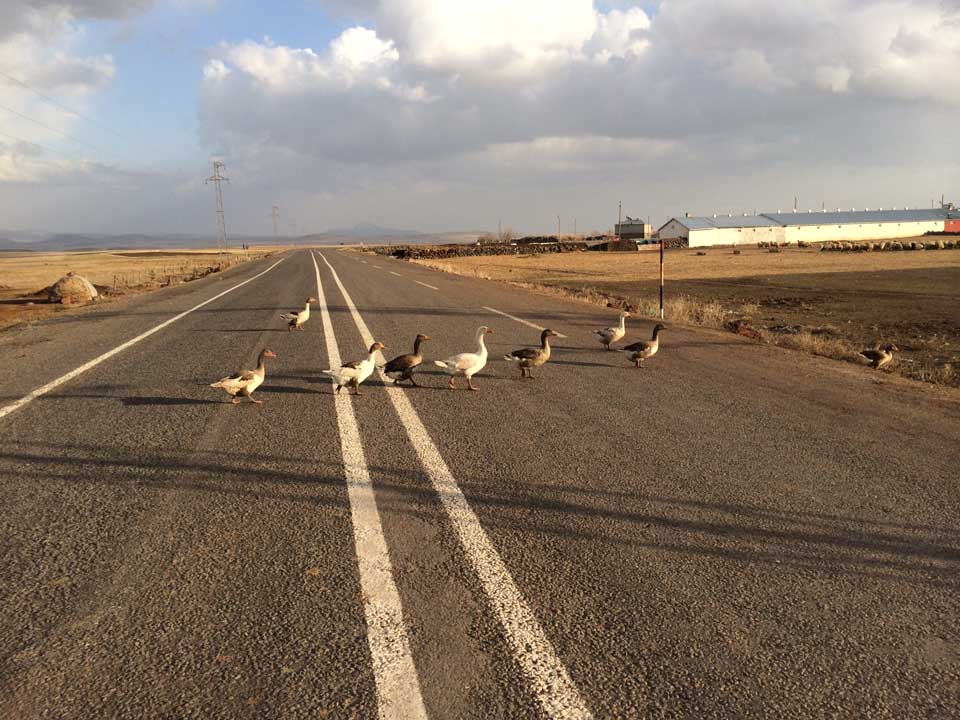 Waylaid by a gaggle of geese. We got out of the car and captured the moment.

After about a one-hour drive we reached the Ruins of Ani, but the gate was closed. We did a bit of climbing around and over the walls and got in anyway. The second we set foot inside we started snapping photos. 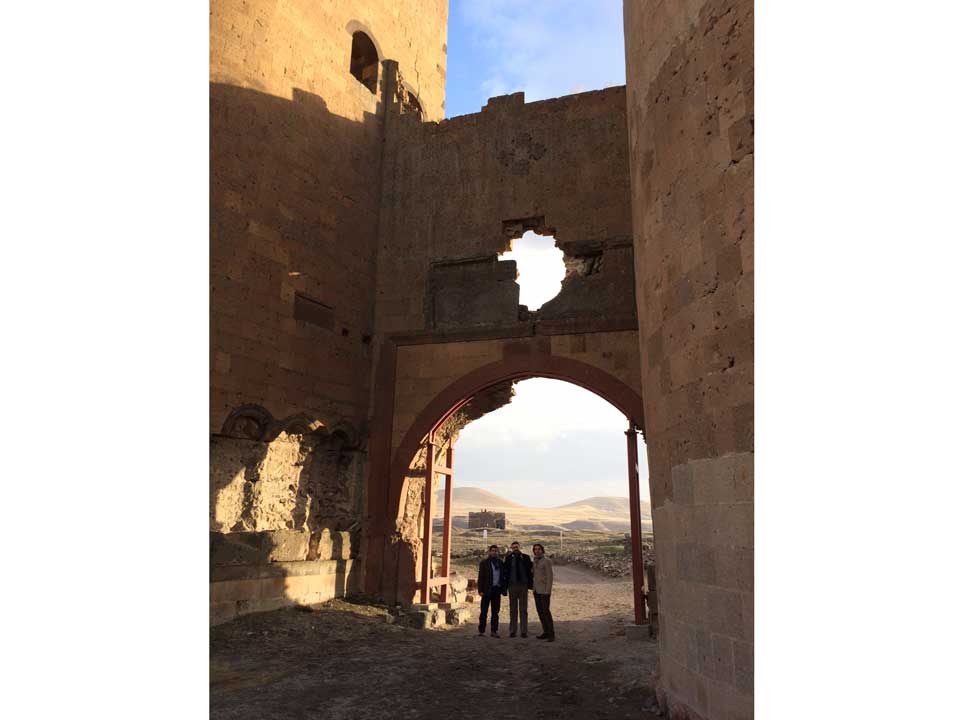 The courtyard that greeted us upon entry into the ruins​

“Guys, we haven’t got much time and there’s a lot to see,” Macit warned us.

When we stepped through a great gate we saw what he meant. Breathtaking structures and an ancient city covered an immense expanse.

Located 42 km from Kars within the limits of the village of Ocaklı, the Ruins of Ani are what remains of a medieval city erected on a layer of volcanic basalt on the western, Turkish bank of the Arpaçay (Akhurian) River dividing Turkey and Armenia. The city was the first Silk Route stop in Anatolia that provided overnight lodging, and for that reason was also a trade center. This was the source of the ancient city’s wealth, although the site was settled as far back as 5000 BC.

THE TIMELINE OF ANI’S HISTORY FOUND AT THE ENTRANCE TO THE RUINS
• First settled in the Chalcolithic Period, 5000-3000 BC
• Early Bronze Age settlements, 3000-2000 BC
• Hurrian settlements, 2000 BC
• Kingdom of Urartu settlements around 900-700 BC
• Controlled by the Cimmerians around 650 BC
• Controlled by the Saka Turks (Scythians), 626-149 BC
• Rebuilt in 350-300 BC by Karampart, a descendant of the Kamsakarans through the Arsaklı Dynasty of the Oghuz Clan
• Controlled by the Sassanian Empire, 430-646
• Ani and the surrounding lands captured by the Arabs in 646 during the reign of Muslim Caliph Umar
• Incorporated into the territories of the Bagratuni Dynasty in 732
• King Ashot III of the Bagratid dynasty builds the city walls and makes Ani the capital of his kingdom in 966
• Captured by the Byzantines in 1045
• Sultan of the Seljuk Empire Alp Arslan captures the city in 1064 and gives it to the Shaddadids
• Controlled by Georgian Atabeg in 1199
• Subject of the Khwarazmian dynasty in 1226
• Captured and sacked by the Mongols in 1235, becoming a vassal state
• Incorporated into the territories of the Ilkhanid Empire in 1339-1344
• Controlled by the Karakoyunlu Turkoman Tribal Federation in 1406-1467
• Controlled by the Akkoyunlu Turkoman Dynasty in 1467-1516
• Controlled by the Afshar Oghuz Turks in 1516-1534
• Becomes part of the Ottoman Empire in 1534
• Occupied by the Russian Empire for some 40 years, beginning in 1878
• Re-incorporated into Turkey in 1921

The following information is found on Vikipedi, the Turkish Wikipedia:

Between 961 and 1045, Ani was the capital of the Bagratuni Armenian Kingdom. It also contains examples of Islamic architecture from the 11th and 12th century.

The first mention of Ani was in the 5th century and described a fortress possessed by Armenian rulers from the Kamsarakan dynasty. A long battle between the Armenian Kamsarakan dynasty and the Armenian Bagrationi dynasty resulted in victory for the latter, and in 780 the Kamsakarans sold their properties to the Bagrationis and migrated to Byzantine territories.
In 885, Ashot I Bagratuni was recognized by the Abbasid Caliph and Byzantine Emperor as “King of Armenia/Prince of Princes of Armenia.” Ashot and his sons first reigned from the city of Bagaran (located near the village of Halimcan 8 km north of what is today the district of Tuzluca), before moving their capital first to Shirakavan (located in what is now the general area of Koyucak in Akyaka province) and then to Kars. In 961, King Ashot III (953–977) transferred the capital from Kars to Ani and began building a great walled city.

Ani reached the peak of its power during the reign of King Smbat II (977–989) and his son, King Gagik (989-1020). After Ani was captured by the Byzantines in 1045 and the Bagratid Kingdom lost its sovereignty, the weakened and defenseless region surrendered to Seljuk Sultan Alp Arslan in 1064.

Here are some examples of the incomparable historical structures in Ani:

Located on a triangular plateau protected by the Arpaçay/Akhurian River ravine and a valley, Ani was defended by powerful walls dating to the 10th century. These city walls, 8 churches and a mosque are among the most outstanding surviving structures. The Lion Gate is the city’s main gateway.
Construction of the Cathedral, also known as the Church of the Holy Mother of God, was started in 989 by Trtad, the architect who rebuilt (restored) the second dome of Haghia Sophia in Istanbul.
Located in the valley is the Church of St Gregory of Tigran Honents, which was restored in 1215 and is decorated with frescoes in the Armenian church tradition.

The Ablgharib Pahlavuni Church, or Church of the Holy Redeemer, dates back to 1020 and displays features of Islamic architecture that were frequently employed at a later period by the Seljuks.

Completed after the year 1035, Surp Amenap’rkitch, or the Church of the Holy Redeemer, has a huge central dome set upon a tall drum.
The mosque of Minuchir is noteworthy for being the oldest mosque built in what is now the Republic of Turkey.

Located on a fortified hilltop outside of the archaeological site is Zakare Mkhrgrdzeli’s Virgin’s
Below you can find a seIection of the photographs I took in Ani: 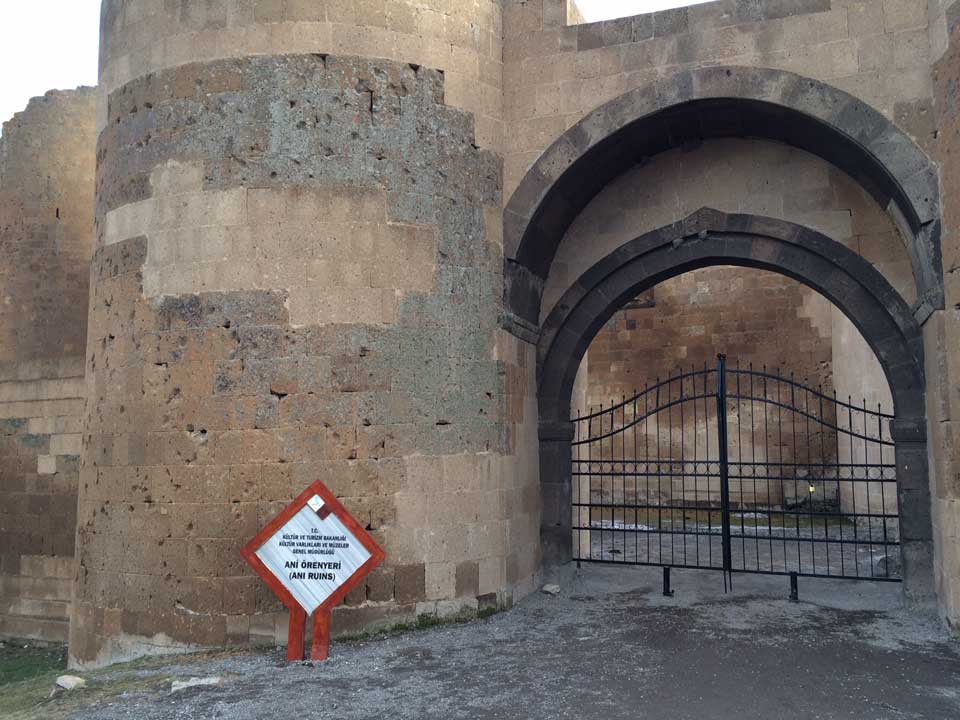 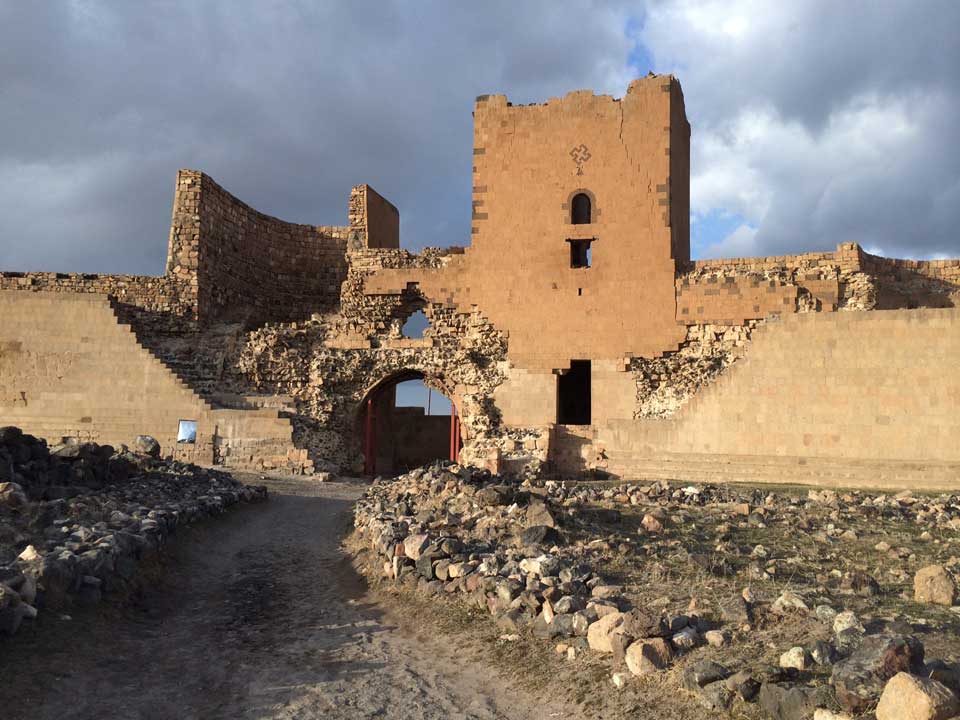 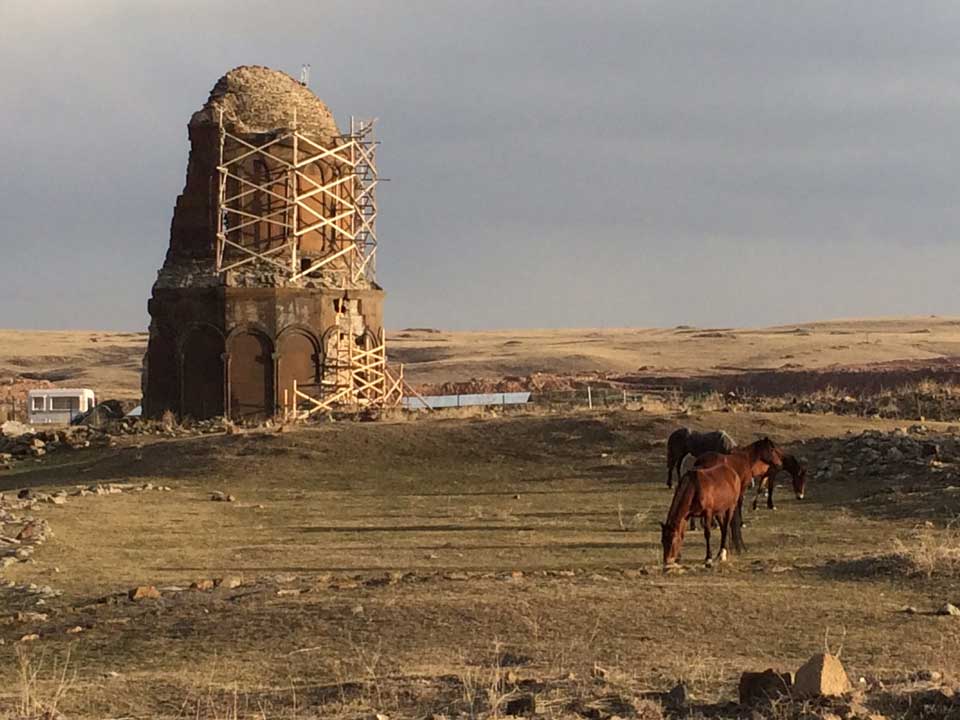 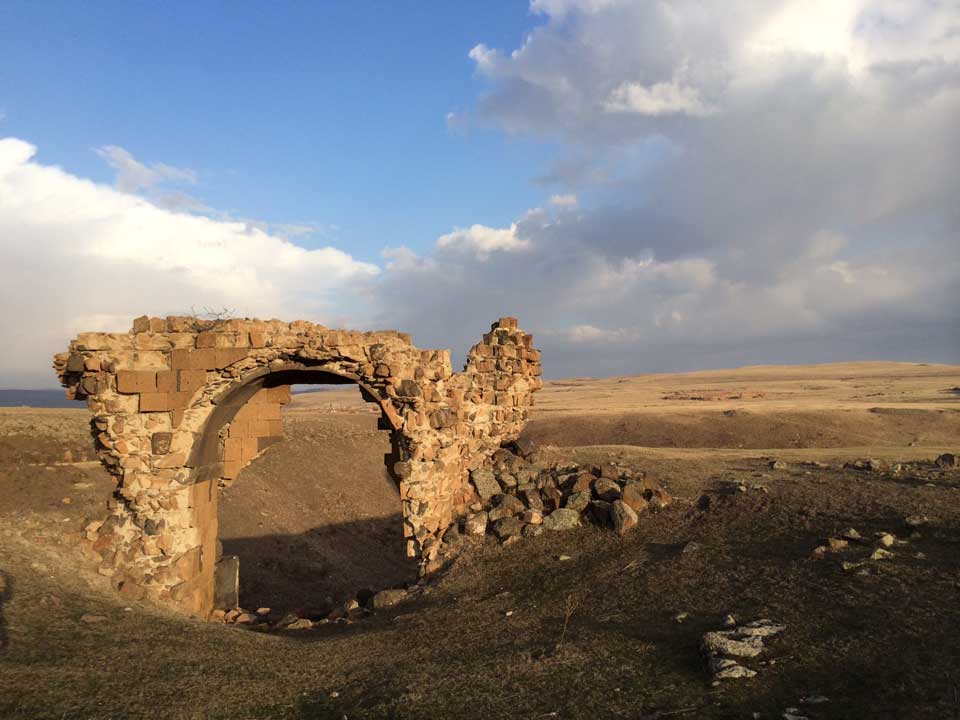 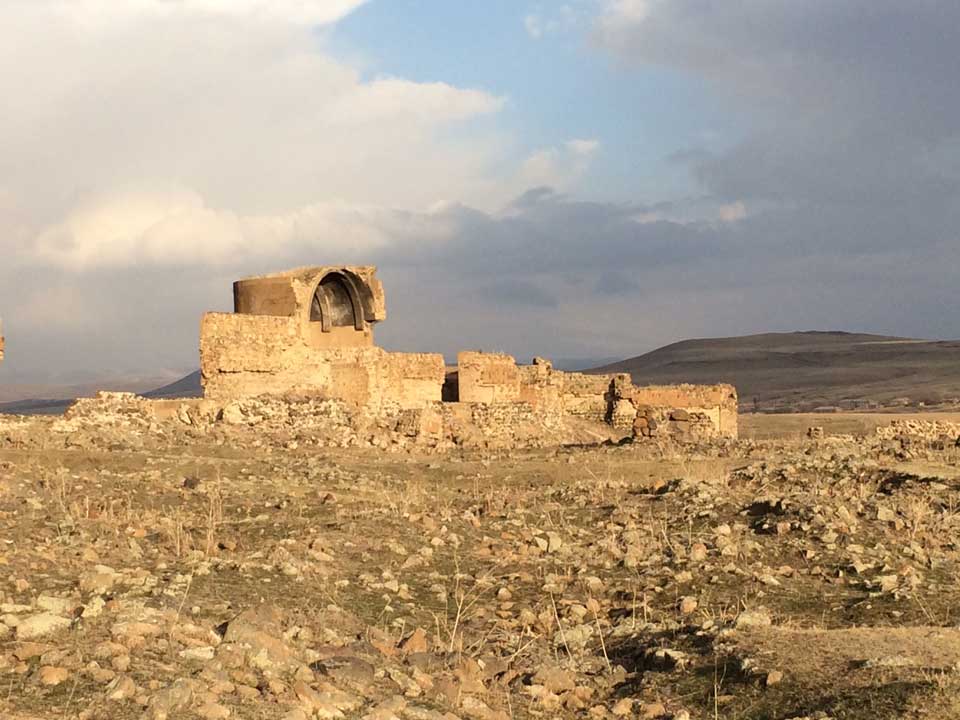 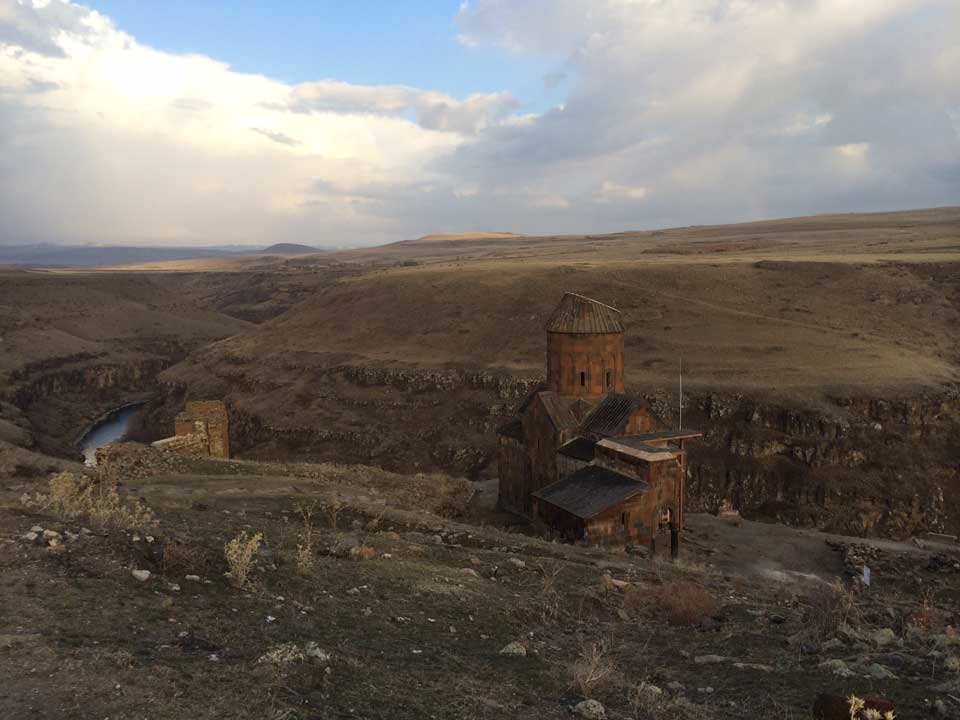 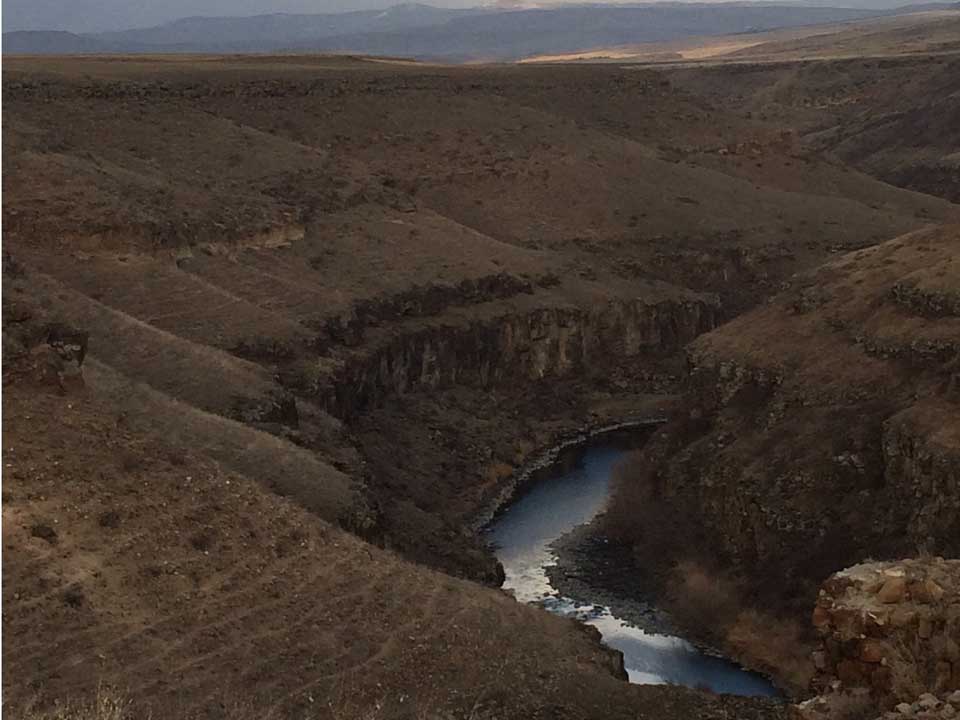 I can sum Ani up by saying it is a very special place that has hosted various civilizations over 7000 years and is steeped in history. As I admired the walls, historical structures and natural beauty of the site I discovered something else special about Ani: its children. Children from Kars came up and asked if we needed a guide. When I told them we did, they began wandering around with us. Here’s a photo I took of these children: 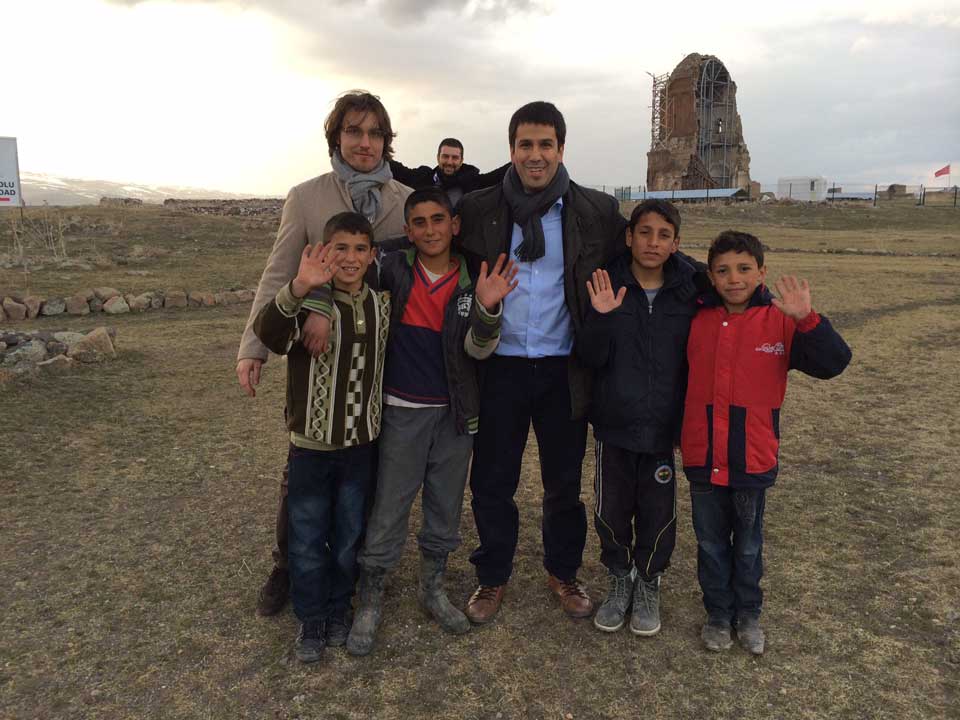 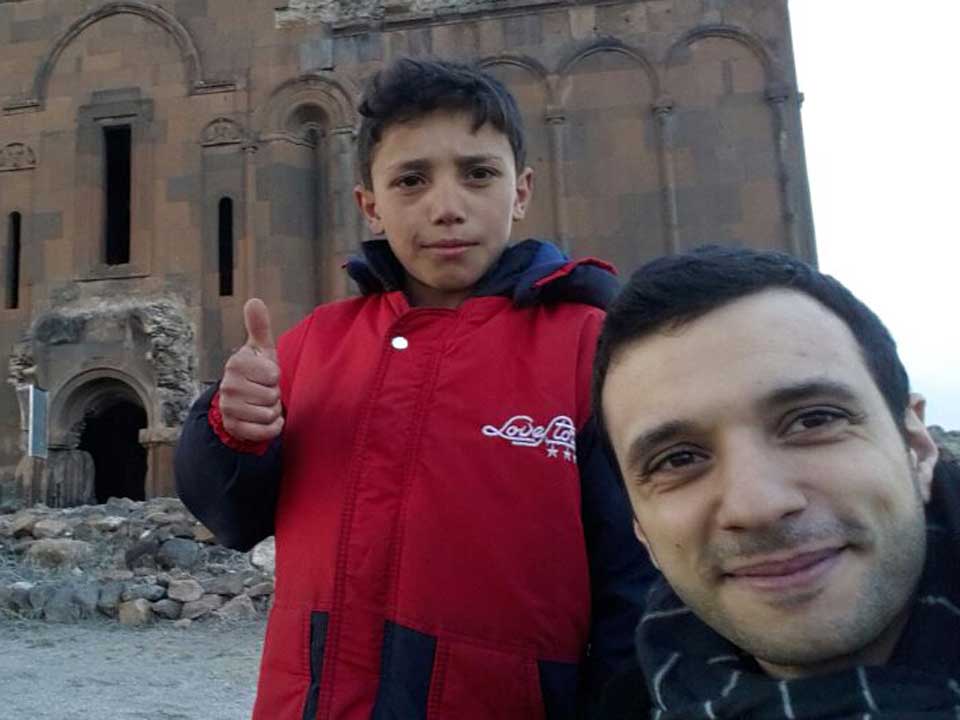 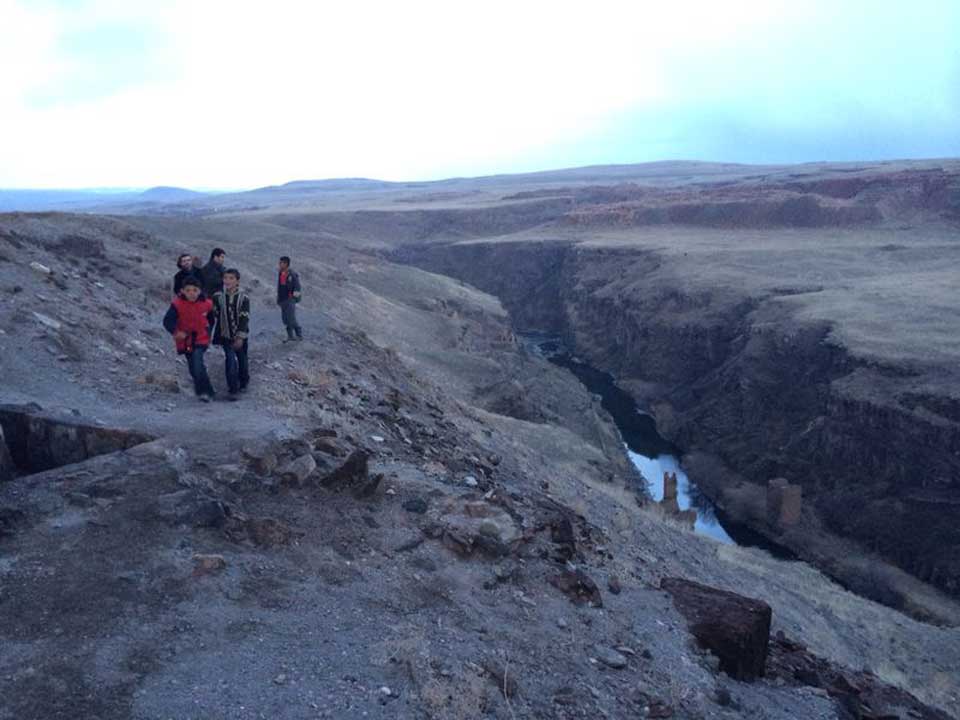 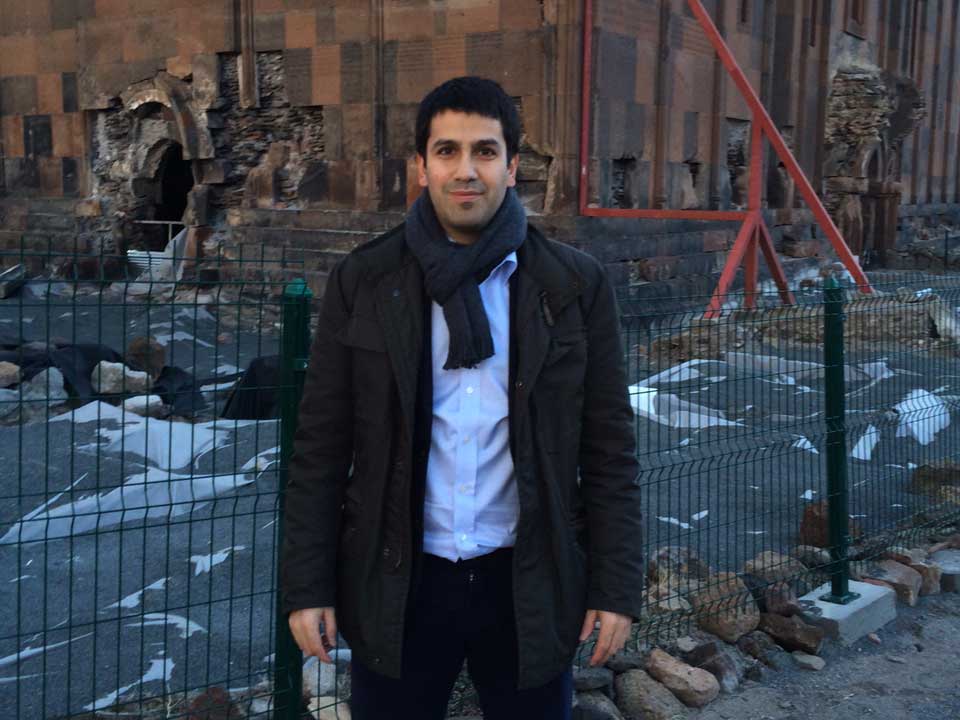 The more the children told us about Ani’s history, structures, horses, legends, their own lives and life in Kars, the more they opened up to us. Each of them has wonderful dreams for the future. Here’s some footage of our chat:

It pained me when at the end of our delightful talk the children said, “We really liked you; it would be great if you could stay here forever.” Just like so many of the children across Anatolia, these clever kids with big dreams are unable to achieve what they deserve due to a lack of opportunity and general neglect.
Another observation I made in Ani was the incredible extent to which these lands have hosted the diverse cultures of various empires, kingdoms and chiefdoms. We need to embrace this incredible mosaic without becoming entangled in debates over the superiority of any one culture. One of the worst problems in our country is the imposition of a mentality that dictates we become carbon copies of each other. It is possible to encounter great differences within a single family or even between twins. What’s important is that we view these differences as a source of richness, not weakness, and that we strive to make our country a leader in all areas today, just as it was in the past. 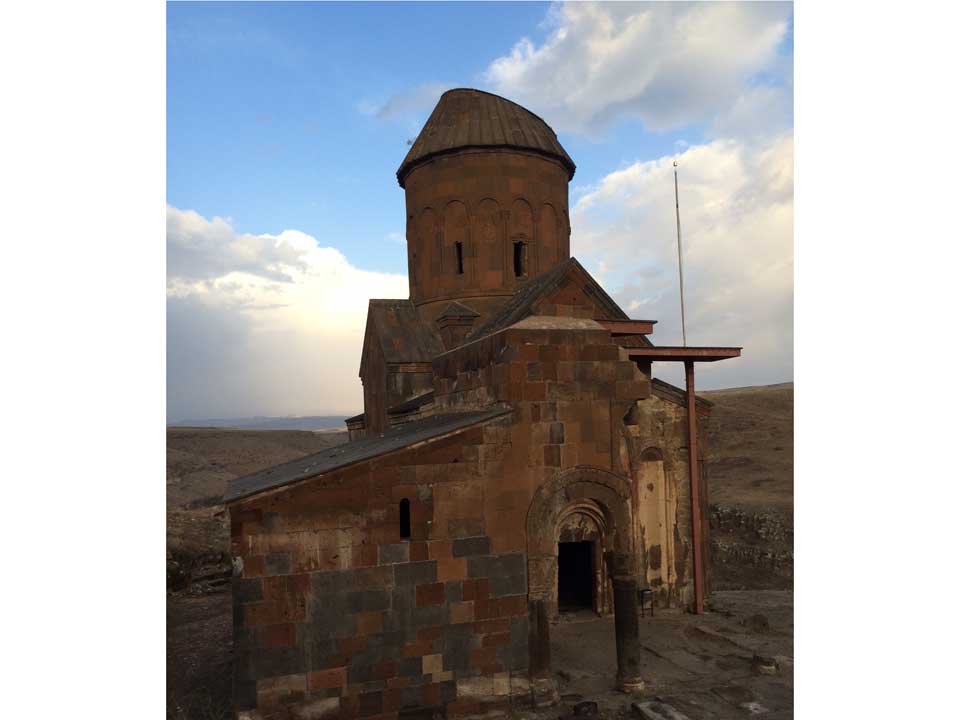 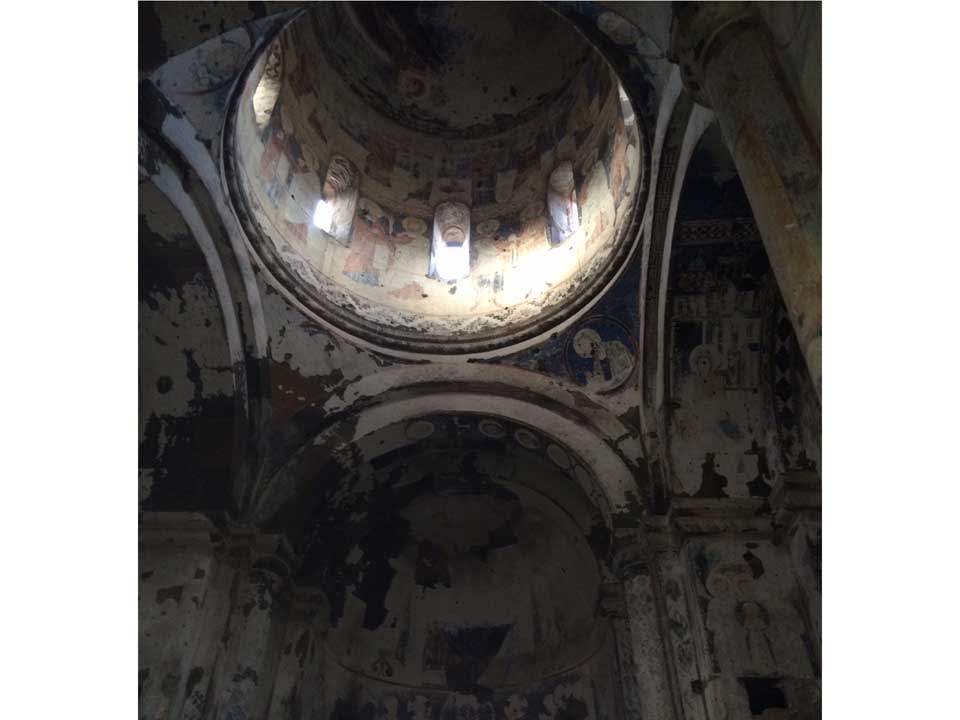 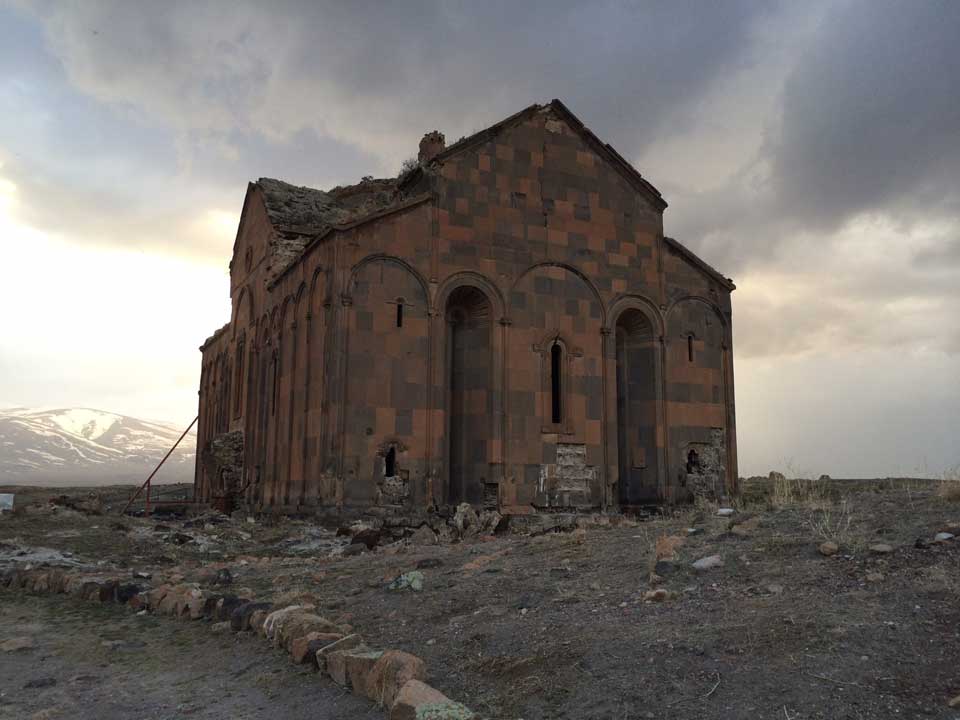 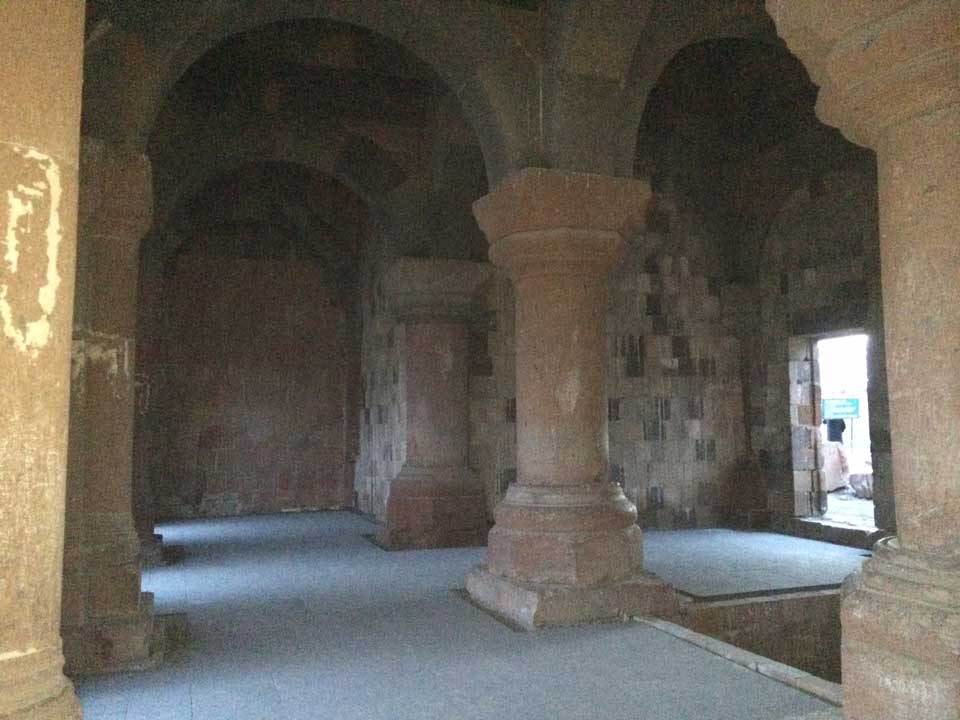 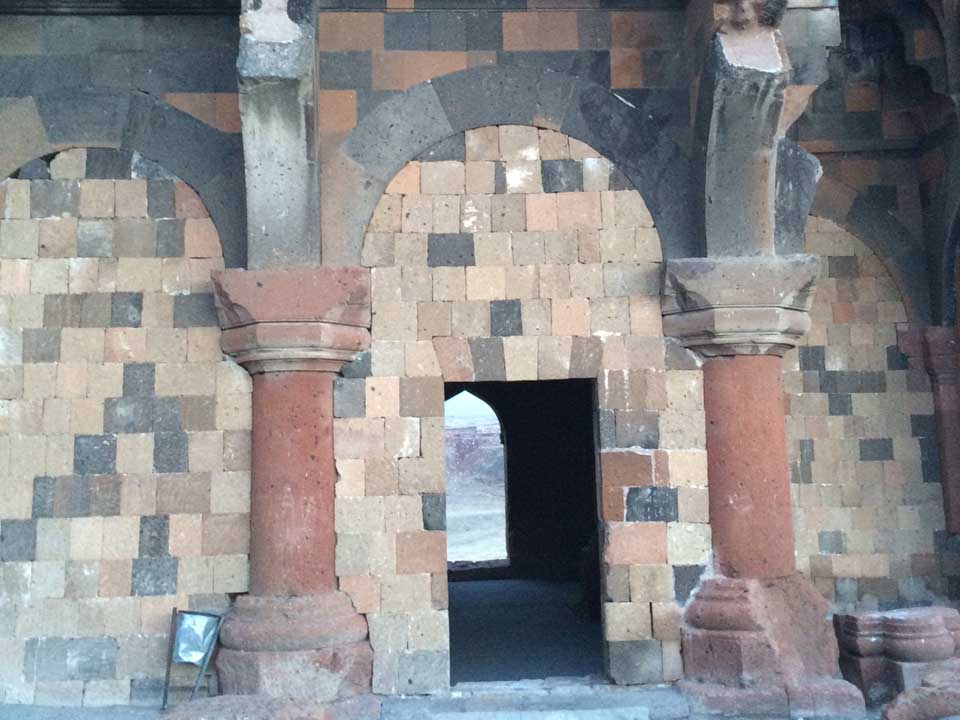 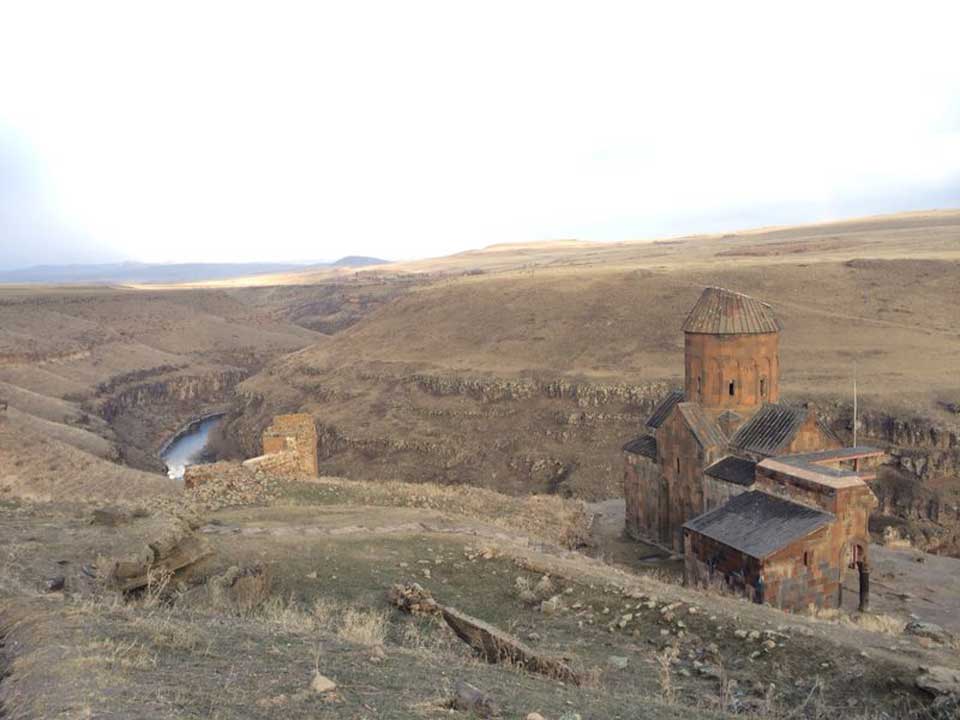 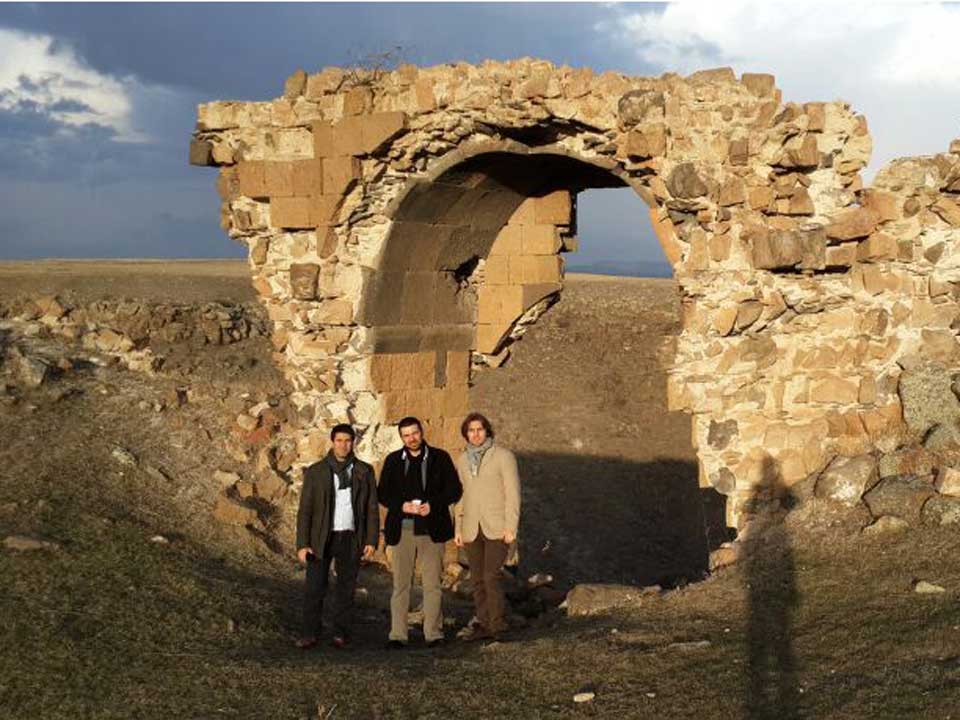