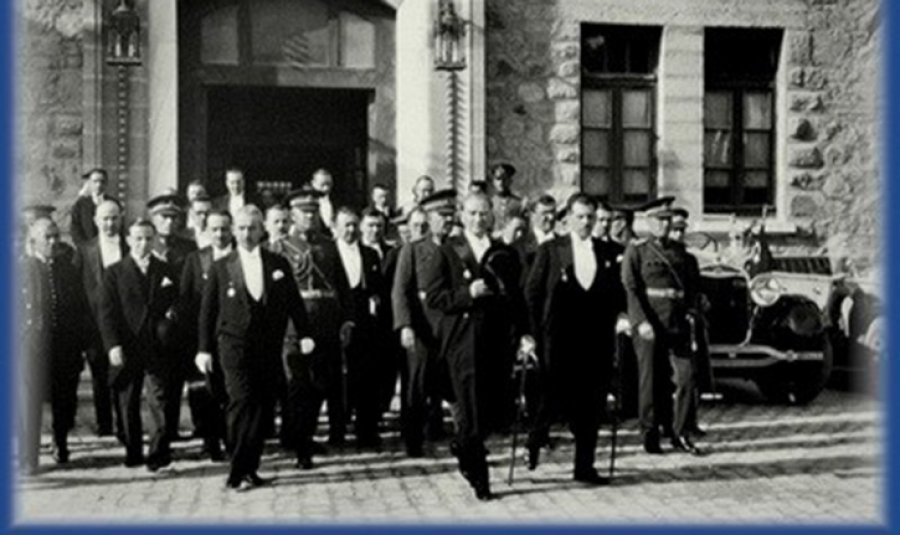 I was very busy; therefore I can convey my thoughts about the Republic Day we celebrated last week with great enthusiasm just now.​

First of all, for those foreign readers who don’t know the subject, in October 29, 1923 the Republic was proclaimed in Turkey. For more details, you can visit the following link: ?

This was reflected in the Republic Day celebrations last week. Flags were displayed everywhere around the country and the celebrations took place with a greater enthusiasm than before. I can explain this with two examples:

I was going to Ankara with the Costa Rica Minister of Foreign Affairs to make some official visits. On the plane, there was a beautiful announcement which started with “The Turkish Republic which our great leader Atatürk formed” and which ended with “Happy Republic Day!” It’s very hard for me to explain the applause and the enthusiasm that came after this announcement.  After the applause, the hostess who made the announcement read the English translation of it. Even after the English announcement, there was still a big applause.

I’d like to give the second example with a video recorded in Ankara (I thank Serkan Koç and his team for the video). You can clearly see how millions of people become one and celebrate the Republic. Those who took their flags and who set their hearts on this country all went to Atatürk’s Mausoleum to visit Atatürk and to celebrate the Republic Day. What’s more, this celebration was carried with the same enthusiasm in every corner of the country.

Hereby, I celebrate everyone’s past Republic Day. Next, we have November 10 and then, there’s April 23. We will continue to look after the revolutions that made us an exemplary country which everyone points at even after 89 years after the proclamation of the Republic, those people, starting from Atatürk, who carried out these revolutions, the dates which have an important place in our history and the values which made us a modern society.

I’d like to end my words with a saying of Atatürk that I like a lot, who also said “My greatest work is the Turkish Republic.”

“The nations that are habituated to live easily without working, without learning and without tiring will first lose their identity, then their independence and then their future!..” K. Atatürk

Dearest Atatürk; we will continue to work very hard and to protect our values.