The heavy price of being a visionary entrepreneur in Turkey 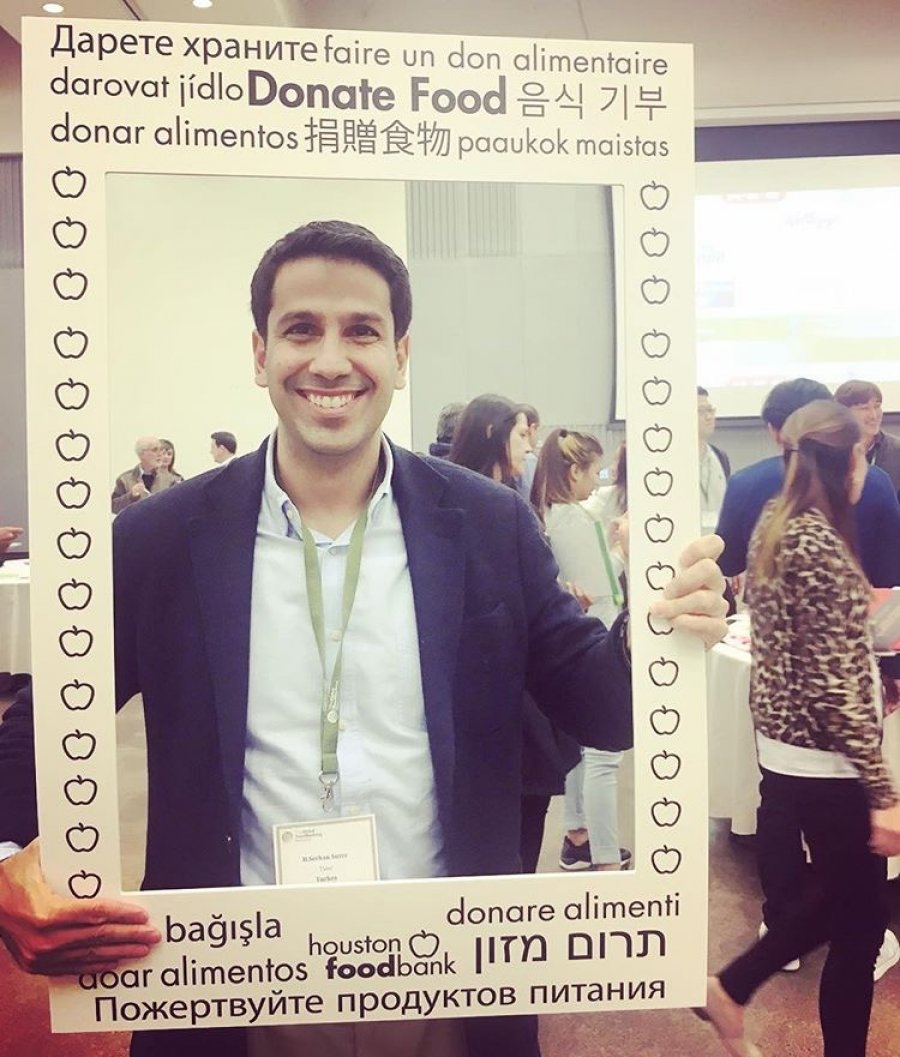 A hectic schedule awaited us in Turkey when we returned from Houston last month, where we had just received GNF’s first ever Innovation Award. Along with my colleagues, supporters and volunteers, I celebrated our achievement at various events. But I wasn’t able to fully savor our success. And that’s because I continue to pay a heavy price for being an entrepreneur in Turkey.

A life in business is already cutthroat as it is. You need to be wary, strong and sharp. I don’t know a single person who, like me, has left the family firm -- and I’m taking here about completely severing all ties and income – and started businesses in strategic sectors such as energy, fintech and Wi-Fi analytics. Even more challenging is the renewable energy sector, which requires a large outlay of capital and is overly dependent on the whims of the public sector.

Unbelievable obstacles are thrown up whenever you try to achieve anything in Turkey. In all the sectors we operate in it is extremely difficult to determine the best way to turn a start-up into a corporate entity. The ground is slippery, dynamics shift, people change and events surprise. You have no choice but to zigzag along the best you can. The expression “cut your coat according to your cloth” doesn’t apply to the Turkish business world. Even if you are careful not to overextend yourself, someone comes along and yanks away your cloth or tears off a piece of it. Undertaking only what you have the financing or ability to do is no guarantee of success in this country. Instead, all you can do is to remain alert, flexible and focused on your goals, no matter what.

Let me explain this in greater detail. But first, follow this link to the Onedio video: “What would have happened if Steve Jobs had been born in Turkey?

In the video, a disillusioned Steve Jobs gives up his dreams and ambitions for either the job security of a civil servant or for the guaranteed returns of a profiteer. Here’s why:

The list above is spot on, but incomplete. Let me expand on it:

2. The people in your private life (girlfriends, friends, etc.) constantly complain that you don’t make enough time for them

3. Rather than backing your long-term vision, banks focus on extra fees and charges, letters of guarantee and ways to boost the interest they’re due, thereby ending up as more of a hindrance than a help.

4. Banks aren’t there when you need them most, they fail to keep their word and they don’t honor the agreed upon timeframe.

5. Even though you have money in your account, banking systems allow human error to prevent payments. There are other unimaginable problems. For example, you decide to work with a bank branch familiar with the energy marker but another branch, the one that works with your family’s firm, sabotages your efforts to move to a different branch and talks behind your back. You nearly cut all relations with the bank.

6. The public sector introduces the Credit Guarantee Fund (CGF) to support the private sector. But this state guaranteed credit is used not to stimulate the private sector but to prop up risky loans. As a result, your application for loans that would be used for projects beneficial to the overall economy are put on hold.

7. Many banks evaluate everything “on paper”. That is, during the investment phase they crunch numbers and ratios, and get fundamental dynamics in, for example, the solar energy sector all wrong. In other words, evaluations made without an understanding of the fundamentals and the potential of any given endeavor leads to erroneous conclusions. This makes it difficult for banks to reach out to entrepreneurs.

8. Unlicensed projects, the only public sector ones you are permitted to undertake and develop, are suddenly subject to new regulations (as happened last year), and the Solar Energy sector grinds to a halt.

9. You experience the kind of coup attempt normally associated with third world countries. The markets are upended. For three months, life comes to a stop for investors, banks and nascent projects.

10. You are cheated by those you considered friends. Promises aren’t kept and they talk behind your back.

11. You are let down by your employees. Betrayal, vicious gossip among those you most trusted, demands for more money when funds are tightest, failure to follow instructions and general slacking off.

12. Disputes among employees. When it comes to the ability to work collectively, we must be one of the least developed societies in the world. People argue over the most trivial things, someone is always spouting off and there’s no sense of team spirit.

13. You find yourself constantly having to explain to foreign investors and partners that Turkey is an important country with major potential. Foreign investors could flee our country at any moment. It is far more difficult now to persuade them to invest than it was five or ten years ago.

14. You’ve found a foreign investor or tech provider overseas. A local competitor notices, swoops in and claims to your tech provider that you would have difficulty securing financing, while they have piles of cash and would be a more desirable partner. They’re not above lying, or poaching someone else’s ideas and model. What’s more, their businesses in Turkey are backed by murky off-shore financing. Even well-known companies stoop to what I’ve just described. It’s only when you raise what they are doing (without naming names) at a meeting organized by the Ministry of Energy that they stop their fraud.

15. The solar panels bought from a Korean firm are held up in customs for two and a half months (despite a signed contract and advance payment). Excuses are made, banks are blamed and the process drags on. The help of the Koran consulate is finally enlisted and progress is made. At a face-to-face meeting on how to solve the problem, they ask, “How far along is your solar panel plant?” The opening of the power plant is delayed day by day and losses are incurred.

16. The majority of project development companies operate with a “handbag carrier” mentality. The partners of the companies you’ve bought projects from argue among themselves, impacting us. Because they haven’t equally divided the payments we’ve made in installments, one of the partners shows up and asks us for more money. And the project they’ve sold is badly flawed. There are serious issues with the lines that will be connected to the power plant. You spend serious time and money fixing this, making the project nearly feasible and affecting your project financing. The people who sold you the flawed project shamelessly expect a final payment even though you’re the one who fixed their flawed project.

17. The banks you closely work with as a Fintech can abandon you halfway.  You’ve processed a day’s worth of transactions in the bank’s system and you lose a day’s worth of revenue. The bank couldn’t care less.

18. You’re a Wifi Analytics company and your main competitor launches virtual attacks to prevent you from getting more business. You manage to protect yourself against their hacking attempts, which are aimed at crashing your entire system. When you inform that you know what they’ve done, they simply say, “Well, what could we do? We were trying to protect our investors.” They appear to believe that their illegal activities are perfectly normal.

19. The management of the performance space where organized our first concert for our social initiative was rude and greedy. They couldn’t have cared less that we were holding the concert to raise funds for thousands of people in need. Biletix insisted on advance payment instead of waiting a day for the box office payment. The owner of the performance space even threatened several times to cancel the concert, in the style of a mafia boss. We persisted anyway and the concert was a success (see my next blog post), but I doubt I will ever hold a concert at that space on the Asian side of Istanbul again.

20. Even if you start the day positive, there’s the traffic to deal with. We drive so aggressively. In America, they have the concept of passive driving. Drivers are attentive and respectful.

21. Traffic is just one of the reasons meetings always start late. Then they take forever to get down to business. Sometimes, the meeting even begins with gossip.

22. Turks don’t respect their fellow Turks. I always say that if I had arrived in Turkey from Silicon Valley my business would flourish. When you’re “one of us” you’re in trouble. The doors swing open only if think the world of you. Unfortunately, I’ve had to resort to my foreign references to get some doors to open. Something I explain until I’m blue in the face is immediately understood and accepted when it comes from an overseas visitor.

23. Turks consider modesty to be a weakness. I believe the opposite. The higher you rise, the more modest you should be. In Turkey, status symbols are everything. I think it’s pathetic.

24. I have been working independently of my family’s firm for nearly six years. I wrote about this earlier: http://serhansuzer.com/en/my-15-years-in-business-and-notes-on-the-future Despite the difficulties and setbacks, I’ve founded successful companies while employing limited resources. The directors of some family-owned holdings and subsidiaries have spread disinformation about me. The smears have harmed me, but I know that in time the truth will win out and the liars will be exposed.

25. The fate of the country hangs on a referendum. Foreign and Turkish investors, those owing you payments, public institutions granting permits – they all say the same thing: “Just wait until the referendum is over and we’ll handle it.” Everything it put on hold and your businesses suffer as a result.

The list above could be even longer. I’ll stop here. I think you’ve seen enough to get a better understanding of what it is like for a visionary entrepreneur to do business in Turkey.

It’s difficult to be an entrepreneur in our country. And if you refuse to compromise when it comes to your vision, it’s nearly impossible to succeed.

I’ve set out to achieve the impossible. And certain things, naturally, have helped me along the way. The most important of these is family and friends, as well as my colleagues who have believed in me and supported me every step of the way, as well as the companies we work closely with and our stakeholders.

Thanks to these people and to the confidence I have in myself and my abilities, I will achieve success. My experiences with non-governmental organizations have always been positive, but I can’t say the same about the business world. It’s a two-way street. I will respond in kind to those who are well-meaning and wish to help. And I won’t allow those motivated by malice to come out on top. Shield at the ready, I will fight back as needed.

I’m as determined and committed today as I was when I set up my first company five years ago. Only once I have achieved my dreams and played my part in making the world a better part for future generations, will I sit back and enjoy myself. Along with my friends, of course.

This post has been written as an historical note.