The situation of women in society 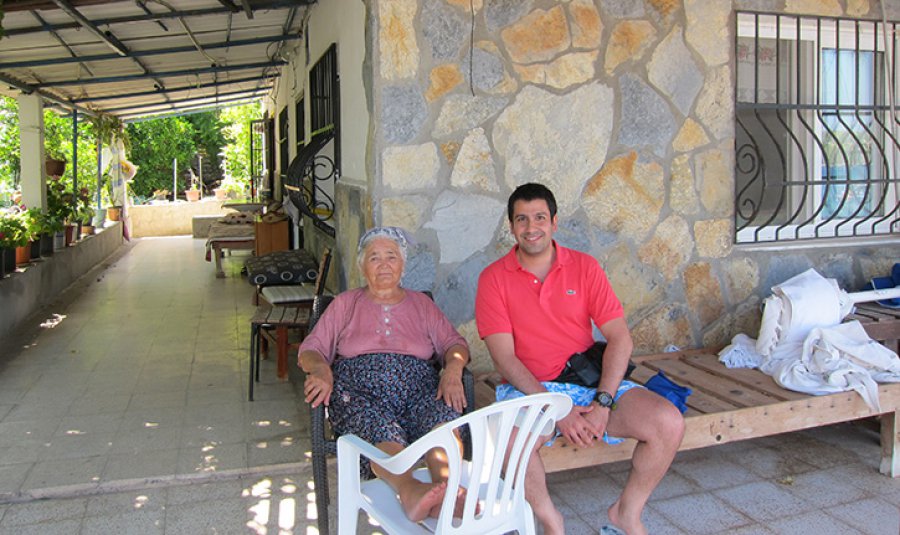 I don’t know how I found the time between all my work, but last week I went to Bodrum for one day.​

As soon as I got off the plane, I headed for Göltürkbükü with the first taxi I found. Unlike the taxis in Istanbul, you can have a pleasant ride with the taxis in Bodrum. I started to chat with the driver on the way.

During our conversation, I was asking him all the questions that came to my mind and I asked him about the story which I heard from lots of people and which had become a legend: Is it true that the daughters of the families have gotten unearned income because they had inherited lands by the sea?

As far I have heard, the story goes like this: Back in the days, the families that owned land in Bodrum and that lived there passed their land down to their children such that the boys got the fertile land away from the sea and the girls got the infertile land by the sea. However, times changed and tourism boomed. The lives of the people of Bodrum, who were living off agriculture, changed with tourism developing in their town. The value of the lands by the sea increased extremely. Some sold their lands to great offers and some kept them and turned them into boutique hotels, restaurants etc.

The driver confirmed this story and told me the following with his warmhearted Muğla accent: “Yes, it’s true. In fact I personally know some of these families. This didn’t happen only in one family. This sort of sharing of inheritance took place in many families of Bodrum back in the day. Of course, one can question the standpoint of those times. The important thing is that the child is benevolent. I know families whose sons weren’t good at all. Their sons have always exploited the family and they always caused problems. For instance, I have two daughters. I married off both of them. Both are very benevolent children. In fact, the wedding of my little girl was last month and I paid for all the expense. I spent the vast majority of my savings on this wedding. She’s worth all of it.”

Frankly speaking, I appreciated the driver and enjoyed the conversation. We talked about many other things. For instance, I asked him about the mayor of Bodrum who was sent to prison. He told me that the mayor had done lots of good things for Bodrum. He said that he wouldn’t attempt fraud, because he came from one of the richest families in Bodrum. He told me that there is a huge injustice going on in this case. By the way, whoever I asked this question made similar comments (the taxi drivers, the waiters, the people of Bodrum, the people working at the supermarket, the captains etc.). Anyway, to turn back to our subject: I became very curious about the daughters who inherited the lands by the sea. The next day, my curious character didn’t let me down and I met one of these daughters in Gölköy. While I was going for a cup of coffee with a friend, I had the honor of meeting Mrs. Nahide, the owner of Velena Boutique Hotel, who has a house next to it. One of my friends next to me called out to her: “How are you, Aunt Nahide?” The following conversation took place right after:

Aunt Nahide: I’m fine my girl, how are you?
My friend: I’m fine as well. What are you up to? You seem to be bothered about something?
Aunt Nahide: How else could I be? I’m waiting for my time.
My friend: What do you mean Aunt Nahide! We need you. You’re going to marry me off.
After the giggling:
Aunt Nahide: What marriage my girl? What are you going to do when you have a husband? As if I’ve seen the goodness of one.

The giggling turned into laughter and we told her that all Gölköy liked her a lot and that we wanted to spend more time with her. I asked her to take a picture with me and we took the photo you can see below.

Later on, I learned that the source of her pessimism was one of the relatives she lost recently. It may be surprising to see the small and cute Aunt Nahide with her local clothes as the boss of Velena Hotel, which is a very good hotel in Gölköy. However, I like the fact that the real owners of Bodrum, the locals, keep their statuses especially during summer when people from Istanbul invade Bodrum.

However, let’s talk about the situation of women in Turkey. During these days in which we read a lot of news about violence against women, my standpoint about them is very clear: Women are mothers. A mother is the leading actress in raising a child and in bringing him/her into the society after giving birth. The more educated, the more intelligent and the stronger the mother is; the more active the child she raises will be. Of course the genetics of the child is a defining element. However, even if the child has a faulty genetic characteristic, he/she can be brought into society with the help of a good mother. In the same way, a child with a strong characteristic can be wasted and can become the disgrace of the society because of an ignorant mother. Therefore, the women are the backbone of the community we live in. The more equipped, self-sacrificing, well-educated, hard-working and well-mannered the women are, the more will the society make progress.

To make a remark on the equality of men and women: I believe that the women who are discriminated, who are subject to physical violence, who are left ignorant, who are seen as the servants of men and who are subject to many other sorts of inequalities in Bodrum and in many places of Turkey should raise their voices for their own rights. Of course, the men sharing the same point of view should take more initiative about this issue. Let’s not forget that a country that doesn’t offer women the place they deserve will never reach the desired level of welfare.