The Soma Disaster and our first development project 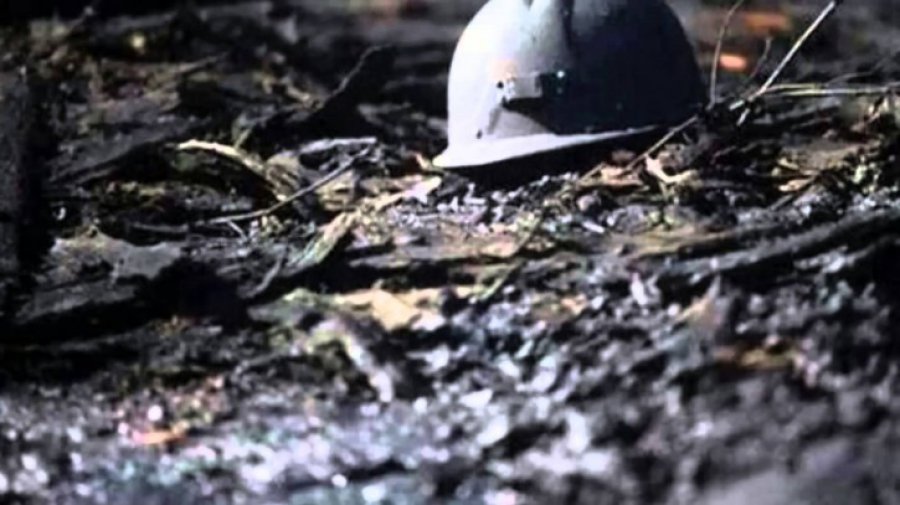 When we set out to see how we could help following the Soma Mine Disaster, the worst accident of its kind in Turkey’s history, we did not yet realize that we would be launching the first regional development project of the Basic Necessities Association (Tider).

It was May of 2014. At the association, restructuring had been completed, the general board had assembled and our new charter had been adopted. Two days later, on the 13th of May, 2014, a fire broke out in a coal mine in the Soma district of Manisa province, killing 301 miners. In terms of lives lost, that disaster would be recorded as the worst workplace or mining accident in the history of the Republic of Turkey. The explosion and resulting fire that took place during the mine’s shift change trapped 787 miners. Minister of Energy and Natural Resources Taner Yıldız announced on the 17th of May that a total of 301 people had died and that search and rescue efforts were being discontinued because there were no survivors left underground.

And what we were we doing at the time? Like everyone else, we were in a state of shock. We immediately dropped everything and began discussing what we could do. The Basic Necessities Association had multiple aid resources at its disposal and we wanted to mobilize them immediately. We sprang into action, arriving in Soma on the 15th of May. The first team to go to Soma included one of the association’s directors, Selen, a volunteer who has always offered her support and whom we wish to work with over the long term, Ezgi, and a board member and old friend I trust completely, Alp, and his two friends.

It wasn’t at all easy to get into Soma The military police had closed all the roads and they stopped us. A vehicle with 6 passengers and Istanbul plates was considered highly suspicious. We explained that we knew people in Soma and wished to help the families of the Soma miners. With the police looking on, we placed a call to Kenan, a wind power technician from Soma. Thankfully, he came to the check point and we explained once again to the commander of the military police our purpose in coming: to help the people of Soma. Finally, with Kenan as a reference, we permitted to enter. We were told, however, that we were being directed to the district of Kınık, about 25 minutes away, instead of being allowed to proceed to Soma. We began our activities once we had followed a security vehicle to the village of Köseler in Kınık.

Although we debated what to do next the entire trip, we still had no idea. Finally, we agreed upon a plan. First, we would go the homes of the families of the deceased miners to identify their most urgent needs. Then we would work to get aid to them as quickly as possible. We divided their needs into three categories: emergency relief, scholarships for children and teenagers, and vocational training.

We were prepared to provide emergency relief. After all, our association was founded by food companies and we had an abundant stocks of foodstuffs. We decided that it would best to first identify and ensure we could provide exactly what was needed most before we tried to get any supplies into Soma. We spoke to a few people and learned that a number of organizations had already provided more foodstuffs than could possibly consumed, and that there was no need to supply more. One of the things that was identified as a pressing need was diapers for the babies who had lost their fathers. Within a week, we had delivered diapers as well as some other urgently needed products. 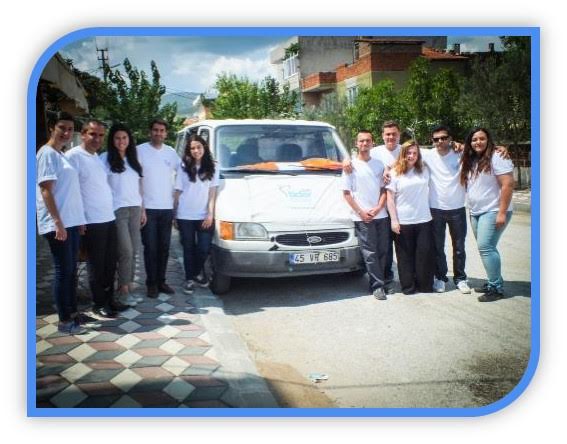 In order to help children and teens of school age, we shared the information we had gathered with organizations such as Darüşşafaka, a school that provides full scholarships to children who have lost one or both parents, and TOG, the Community Volunteers Foundation. In that way, we facilitated the provision of scholarships. Among the other activities we spearheaded was the setting up of computer labs in two school schools in Soma, using computers donated by a company.
Finally, we directed the relatives of deceased miners seeking employment to factories in the area. For example, we arranged interviews and provided a list of potential hires to Keskinoğlu poultry plant, which was a company in need of blue collar workers.
One August day as we were winding down the activities we had launched in May, Selen, from the association came up to me and said, “We’ve nearly reached the end of our relief efforts. But I don’t feel satisfied inside. We need to do more for the women of the area.”
“You’re right,” I said. “The situation of the women we saw in the villages is troubling. What can we do?”
“I don’t know,” Selen said. “Perhaps we can set up a rural development project.”
“What would be the focus be and in which village?” I asked, to which she said she didn’t know and asked, “Have you got any ideas?”
I didn’t. “Why don’t we meet with all of the organizations and institutions in Soma and ask them,” I said. “Shall we organize a general meeting?”
Selen agreed it would be a good idea. We got straight down to work, writing to every organization and institution we knew in the provinces of Manisa and İzmir. We also got in touch with all the Istanbul-based NGOs we could. Convening on September 5, 2014 at Izmir Economy University for the general meeting we had organized were approximately 15-20 organizations and institutions. The provincial district governor of Soma also attended. Following a few speeches on the broad outline of our proposed efforts, we were divided into groups charged with making a list outlining what could be done to help the villages in Soma. Then the general meeting convened again, consolidated the lists and held a vote to determine the five main headings under our proposed plan of action. 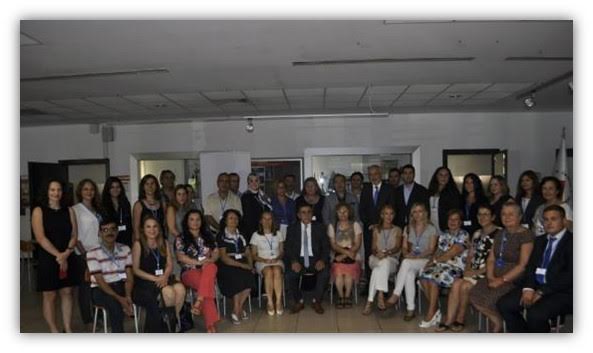 After the general meeting we did some fieldwork in the villages and surveyed the women there. Selen herself, along with one of our volunteers, Yasemin Mürsaloğlu, conducted the face-to-face interviews for the survey. From what they related, the place that seemed most enthusiastic and would the best candidate for a rural development project was Yırca village, in the district of Soma. So eager were the village women to host a meeting that they even cleared all of the men out of the local coffeehouse. It was at the meeting held in the coffeehouse that the women identified “soap” as the item they would most like to produce. The women of Yırca village tend to be energetic, cheerful and confident. One of them was joking around when she inadvertently coined the motto we would adopt for the project, a rhyming expression in Turkish that roughly translates as “the soot of coal, the sweet smell of soap.” In terms of branding, we were considering using a woman’s name as a brand name when it turned out that two of the three women who had worked the hardest for the project shared the same name: Yasemin (Jasmine). Not only is jasmine known for its fragrance, it is also in the olive family (Oleaceae), and olives were the primary income source for the village of Yırca. Bingo! I said to myself. Everyone agreed with me that Jasmine should become our corporate brand name. Let me add here that the general secretary who began her duties at the association last month, Ms. Uyar, is also named Yasemin (Uyar). Jasmine seemed to be guiding our way…. 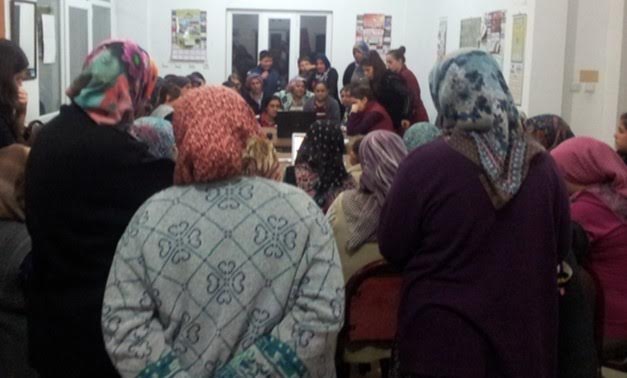 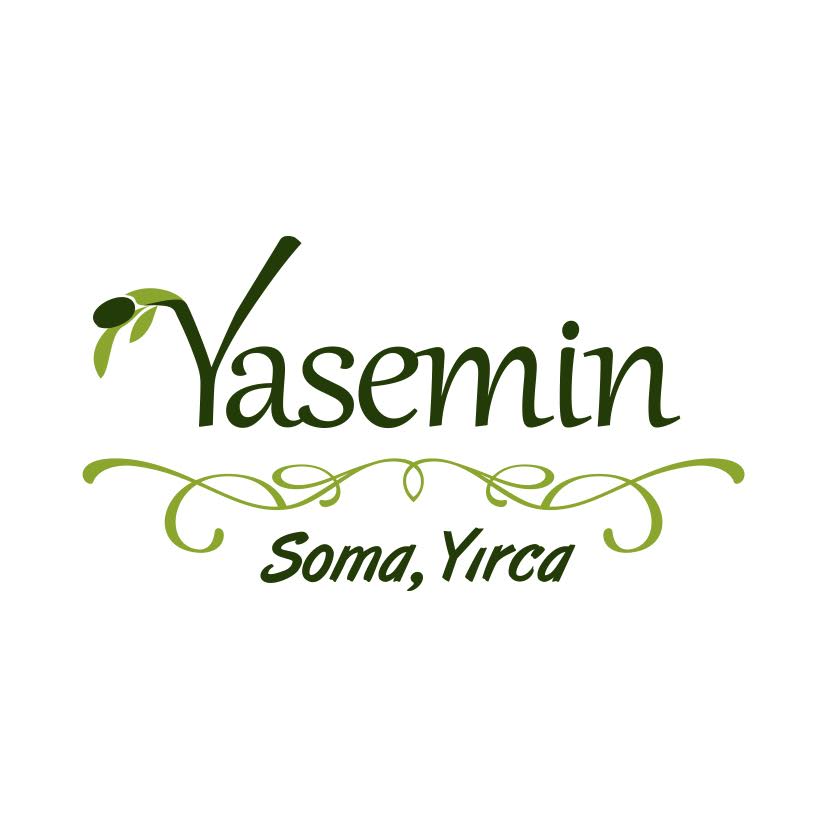 Following all these preliminary activities, we decided to produce soap in the village of Yırca. Under the leadership of their general secretary, Berkin Yarar, İnci Foundation, which was founded by battery producer İnci Akü, lent their invaluable support through the initial injection of the necessary capital, in the form of a grant. We were also grateful for Yasemin Tutal, who volunteered to teach the woman all the details of the art of soap making. Last of all, another volunteer, Yasemin Mürsaloğlu, stayed in the village for two and half months to set up a system and ensure it was working smoothly. Selen and the rest of the team from Tider arrived from Istanbul to offer her their support. 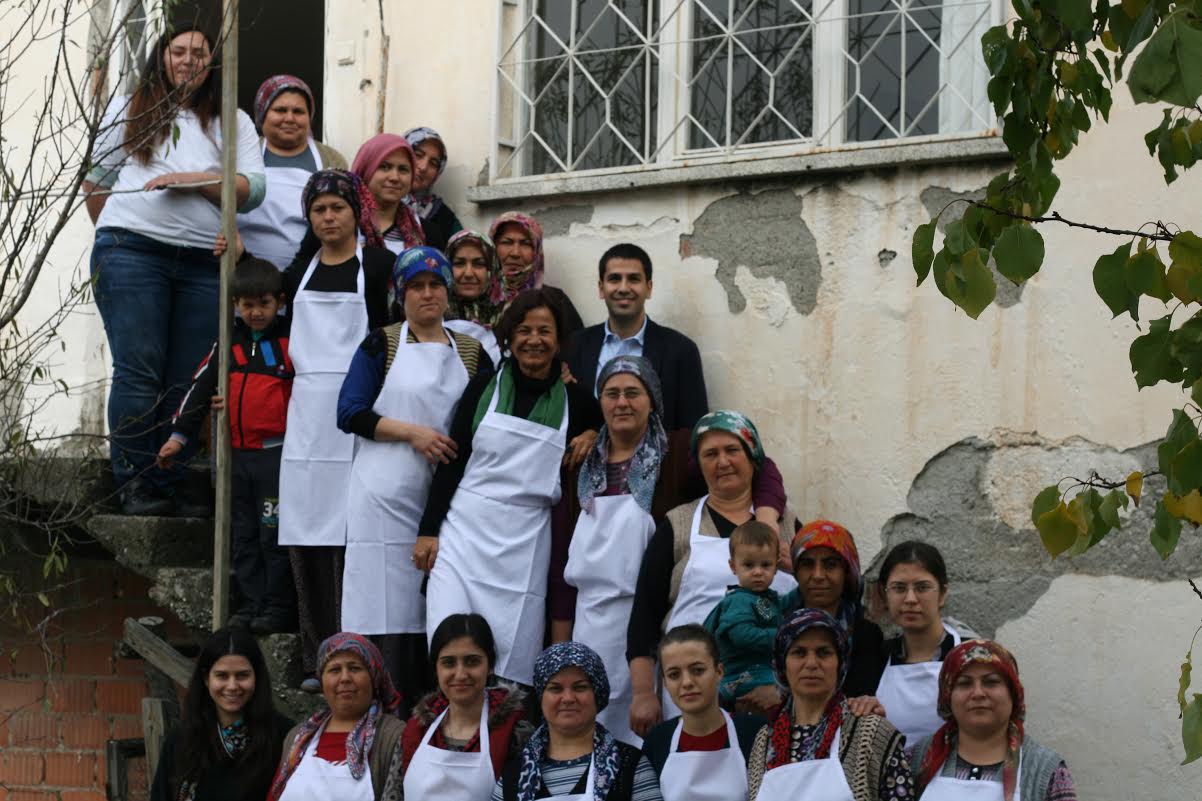 The first photo we took with the woman of Yırca who were running the project.

Thanks to our association’s links to organizations such as the Association of Turkish Hoteliers (TÜROB), Morhipo and Unifree (the operator of Duty Free), we achieved a high volume of sales. The project was also featured prominently in the written and visual media, generating a flood of support from across Turkey.

A sample of visual media. You can watch a spot on CNN Türk.

In the space of a year we sold 42,000 bars of soap, netting earnings of over TL 200,000 for 34 women in Yırca. The Turkish Association of Psychologists also helped out. Psychologist Çiğdem led field interviews with the women of Yırca. The data she collected was positive. Thanks to our soap project the local women were able in a few months to overcome the trauma of the loss of their olive groves.
A year after we had held our first general meeting in September of 2014 and produced our first soap in November, it was time to turn the entire operation over to the women of Yırca. We completed this transfer at the end of February, 2016. Here is a video describing our project:

And so it was that we discharged our duties concerning this project. Will we ever spearhead another development project? Why not. However, the first priority for our project is our “Support Project,” for which there is a great need in our cities. In March I’ll write more about our Support Project, which consists of Support Market and Support Human Resources. But first I’d like to write about something that disturbs me greatly: the degeneration within our society. See you in my next post…