We’re running in the thousands to lead by example 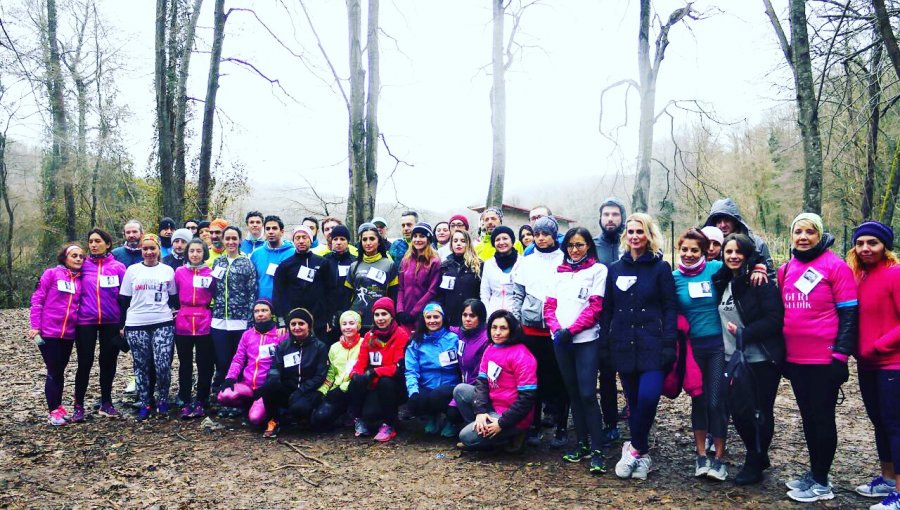 At the Runatolia Marathon held in Antalya on Monday, March 5th, we will be running for our second Support Market, which is set to open in the Istanbul district of Bağcılar. I was in the middle of writing a post about the contributions I’m asking from all of you for the Support Market --which will supply basic needs such as food, cleaning products and clothing for hundreds of thousands of people, along with offering them job placement and vocational training  -- when I received some wonderful news that honors the efforts we have made so far: Global Foodbanking Network has seIected Tider as a finalist for their grand prize, which is recognition that our unique model is an example for other foodbanks.

I have set out many times to explain the various aspects of Tider’s (an acronym from the Turkish for Basic Necessities Association) Support Project. Let me share links to the series of articles entitled “A single salve for 3 wounds: Support Project,” in which I explain why the project is so important and outline its benefits:

The support project is well on its way to becoming a phenomenon not only in Turkey, but internationally. I can see the first signs of that now.

Last week, the finalists for the grand prize were seIected for the Global Foodbanking Network event being held in Houston. There isn’t another foodbank in the world that has integrated a vocational/job placement model like ours. We will do all we can to ensure that this model is implemented throughout Turkey and the world. The first step will be the presentation we are making in Houston in mid-March.

Let’s complete the budget for the second Support Market

As an important turning point for our support project, we are on the verge of opening our second Support Market in the Istanbul district of Bağcılar, which is one of the most troubled neighborhoods in the city. As you know, our first fund-raising campaign was the Istanbul Marathon, which raised some TL 120,000. Now, so that we can fully fund the Bağcılar Support Market, we are organizing a campaign for Antalya.

I have participated twice in the Antalya run known as “Runatolia,” and can say it is one of the most enjoyable races I’ve experienced. For a rundown of my take on some of the fun runs held in Turkey, visit the following link:

In the piece above, I write: Not only is the course a flat and easy 10-kilometer stretch, it is never a problem to get to Antalya, or to find accommodation and a decent restaurant.  I return to Istanbul relaxed and rested from a fun run in Antalya.

I can add to that by saying:  First, Antalya is an enjoyable city with so much to do both pre- and post-race. Second, it gives me the chance to see a lot of friends. Third, the course, as I’ve already said, is smooth and comfortable. You can run without expending all that much effort while listening to music in a festive atmosphere. Fourth, it’s easy to get there on a direct flight that lands right in the city. Last of all, it’s a great opportunity to get away from Istanbul and relax in the relative peace and quiet.

I also wrote here about Runtalya/Runtolia (the former of which is the fun run event):

Next weekend, I’ll be running in Antalya. But with a difference. Last year, although I was participating with the Swissotel Group, I spotted some people from NGOs and went up to them. I liked what I saw and wrote about it in the following post to which I’ve provided a link. I’m also sharing some of last year’s photos in this post to help you visualize what Runatolia was like.

The importance of Bağcılar

Last week, we at Tider launched our new campaign. We rolled up our sleeves for the second Support Market, set to open in Bağçılar. Everything is ready. God willing, we will be opening the market in June in one of the most troubled districts in Istanbul.

Let me cite some statistics to give you a better idea of what I mean by “troubled”. At the Support Market in Maltepe we assist about 5000 families, a figure that will rise to 100,000 in Bağcılar. While about 10% of the families we help in Maltepe are from Syria, that percentage will rise to 45% in Bağcılar, which is the district where Syrian refugees first settled upon their arrival in Istanbul. Although Bağcılar is a relatively small district in terms of land area, it is one of Turkey’s biggest districts in terms of population. In fact, there are more people in Bağcılar than in many of Turkey’s provinces. As you can see, the district has multiple problems, which is precisely why we chose it. We know that if we can make our model work there, we can make it work anywhere in Turkey.

As I said, everything is in place for us to open a Support Market in Bağcılar. We have reached agreement with the district governorship. We’ve agreed on terms with the retailers that will be supplying the products. We have visited the companies in the area that are potential donors or potential employers for those in need.

The budget and location of the market

There are only two things that are incomplete. The first is a location. It’s essential that we are well-placed to best serve those in need. It’s safe to assume that the market in Bağcılar, which will be serving 20 times more people than the one in Maltepe, will be packed all day long. For our employees to work comfortably and for us to provide our services with optimum efficiency, we’ll need a space that is sufficiently big and that is easily accessible (especially via public transport). The other criteria we’ll be keeping in mind is a building that is earthquake resistant, that has a large free area located on the ground floor, and that allows us to create separate spaces for the display of products and for our professional Support HR staff. Fingers crossed, we will find such a space shortly and will begin tailoring it to our needs.  We’ve set a deadline of the beginning of April to do this.

The other thing that is incomplete is our budget. We’re nearly there, but we are still a little short. We have to meet our financial target through our Runatolia fund-raising campaign and have targeted a sum of TL 50,000. We hope to do that by reaching out to 50 people. If we succeed, we will be on budget. Here are some photos of our Support Market in Maltepe to help you picture what the new market in Bağcılar will look like:

If you would like to contribute to our campaign, visit the following link and make on an online donation by clicking the “Online Bağış Yap” feature at:  https://ipk.adimadim.org/kampanya/CC17456.

You’ll also be able to watch our fundraising video.

There’s another reason this run is special to us. We’ll be running in memory of Murat Bakan, a friend who died of a heart attack a few weeks ago during one of our classic Step by Step training runs in Belgrade Forest. We all feel his loss. Although we at Tider were latecomers to the Step by Step family, we quickly formed friendships. I met Murat Bakan in Florya during one of the promotional events for the Istanbul Marathon we did through the Step by Step platform. Back then, we did our presentations along with AKUT (search and rescue). I’ve had a special interest in AKUT ever since its founding. As I got to know its employees over the years, I came to love the organization. That day in Florya, at the end of the AKUT presentation, we were called on to speak. I began by saying:

We love AKUT and support it every way we can. We complement each other. AKUT saves lives and TİDER makes them stable. Right after I said that, Murat Bakan burst into one of his characteristic chuckles, smiled at me, and said, “I can’t beat that.”

We had a chance to chat after the presentations. He radiated positive energy and was a fun-loving person. It’s such a shame. I was deeply saddened by his death. May he rest in peace. Let me offer my condolences to all those who knew and loved him.

A week after his passing, we trained again in Belgrade Forest with his photo pinned to our chests.  We held a little memorial ceremony at the spot where he died. This photo was taken just before the Step by Step memorial run:

Last of all, I’d like to say that everyone who has contributed to the support market in Bağcılar will be invited to its opening ceremony. We’ll be displaying the names of sponsors and donors in a corner of our Bağcılar Support Market. We’d like to honor everyone who honored us by contributing to our campaign and our efforts.

On behalf of the entire Tider team, let me thank you for your donations and your support.