What I learned from a defiant legend 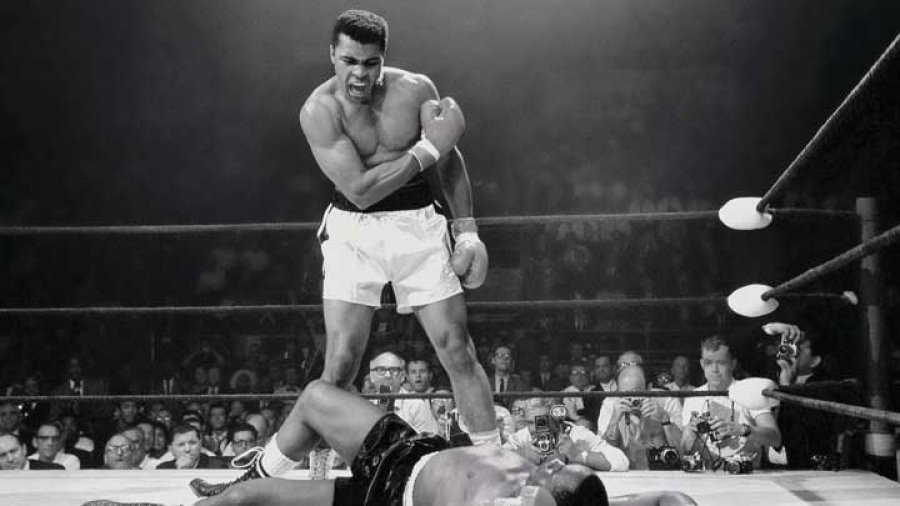 The moment I learned last week of the death of Muhammed Ali, I started to remember all of the things that had drawn me to the legendary boxer over the years: his sportsmanship, which made a lasting mark on the history of boxing and of mankind, his activism and his immortal sayings.

I remember, as a boy, seeing Muhammed Ali on TV for the first time, and turning to my father after the repeat of the match against George Foreman to ask, “How can he knock out a man bigger than he is?”

Dad replied, “He’s got something the other boxers don’t. He’s more agile and fast-footed than any of them. They just can’t keep with him.” I was unsatisfied with that response and a question kept running through my head: “Boxing is about punching with your fists. What do feet have to do with it?” Many years later, I got a clear answer to that question from my trainer while I was practicing kick-boxing. Boxing is actually about coordination and the boxers most skilled in coordinating the actions of their hands and feet are always a step ahead.

I had discovered Muhammed Ali at a young age. He was, in a sense, one of my childhood heroes and has been my personal number one favorite in terms of the sports figures I have followed with admiration. I would read every article and watch every program about him that I came across. It pained me to read last week that we had lost him, and that is why I have chosen to dedicate this post to him and to share with you my analysis of who he was and my thoughts concerning his life.

First, for those of you who don’t know much about him, I’ve excerpted some information from Vikipedi, the Turkish Wikipedia:

Born in Louisville, Kentucky on January 17, 1942, he was christened Cassius Marcellus Clay Jr. and was of mainly African, as well as Irish, (on his grandfather’s side) descent. He began training as a boxer at 12 and soon won the AAU and Golden Gloves national titles. After winning the Light Heavyweight gold medal at the 1960 Summer Olympics in Rome, he turned professional, and was already a rising star at age 18.

In 1964, at age 22, he took the World Heavyweight title from Sonny Liston. Not long after the Liston fight, Clay changed his name to Muhammad Ali upon converting to Islam. From 1967 to 1970 he was forced out of his beloved sport for refusing to be inducted into the armed forces. “I ain’t got no quarrel with the Viet Cong,” he remarked. Not only did he face a $10,000 fine and five years in prison, he was denied a boxing license and stripped of his passport while the case was being appealed. During this period, he suffered financially and declared bankruptcy. He was able to get by with help from his family and fees paid for a college speaking tour. When his conviction was overturned in 1971 he returned to the ring. His fight against Joe Frazier in 1971, dubbed “The Fight of the Century,” ended with his first professional defeat. Experts agreed that the two bouts he had fought after a hiatus of three-and-a-half years had been insufficient preparation for the fight against a reigning champion.  In 1973, when Ken Norton broke Ali’s jaw as he won on points, there were many outside of Ali and his circle who thought his career was over. But he persisted, beating a series of rivals in his quest for the title. Eventually, he got his revenge by beating Ken Norton.

In 1973 a rematch was arranged with Joe Frazier, who, in the meantime and as a surprise to everyone was knocked out in the second round by George Foreman. Ali therefore was scheduled to fight Frazier first and then Foreman, and he went on to knock out both of them, allowing him both to regain the championship title and to prove he wasn’t washed up.  In 1974, punters gave Foreman 7-1 odds of beating Muhammed Ali, who countered ferociously in round eight, knocking Foreman down and regaining his heavyweight title by knockout, only the second boxer to do so since Floyd Patterson.  In 1978, Ali lost to Leon Spinks before winning their next bout, making him the first heavyweight champion to win the belt three times.

He retired as champion in 1978. As a pro who was beaten just 5 times, Olympic and World Champion Muhammed Ali was the uncontested champion of champions until age 36, having won 56 bouts, 37 of which were knock-outs. In addition to his incredible sports career, Muhammed Ali was an activist. I agree that the he was the best fighter ever, but it was his character that made him a legend. Here are some of the reasons I look up to Ali:

So did this legend have no flaws? Nobody is perfect.  In documentaries about Ali I’ve watched, he is mainly criticized for two things. One is his weakness for women. Muhammed Ali had 4 wives and 9 children. He cheated on all his wives. I think it’s normal for women to be attracted to a man who is so popular and so powerful in the ring. To tell the truth, there aren’t many men who would have the self-restraint to remain faithful to a single woman if they were in Ali’s shoes. It may be hard for women to understand that about men. Relations are complicated, but there are some exceptions. Below you’ll find a link an account of the undying love of an elderly couple. Unfortunately, this couple appears to be the exception to the rule in the world today:
http://www.milliyet.com.tr/gundem/yasli-ciftin-duygulandiran-aski-2259853/son-dakika-gundem/SonDakikaGaleri/09.06.2016/2259853/default.htm?PAGE=4

Another thing for which Muhammed Ali is criticized is his behavior and disloyalty to Joe Frazier. One of the greatest supporters of Ali when he was barred from the ring for three years, from 1967 to 1970, was Joe Frazier. The world heavyweight champion at that time, Joe Frazier won his first title fight against Ali in 1971. It was Frazier who first beat Ali. Although he had a smaller build than Ali, Frazier was formidable. Even so, he lost his second bout with Ali through the referees’ decision and the third bout in a knockout. Ali was criticized for what he said about Frazier before and after the matches, going so far as to call Frazier an “ugly gorilla” as he sought psychological dominance. Years later, after he’d retired, Ali said he regretted his language.

Despite everything, Muhammed Ali gained millions of fans and was a true legend who led the way to a world with less racism and prejudice.

Let’s remember Muhammed Ali with some of his most famous sayings, photos and a video showing 20 of his knock-outs. 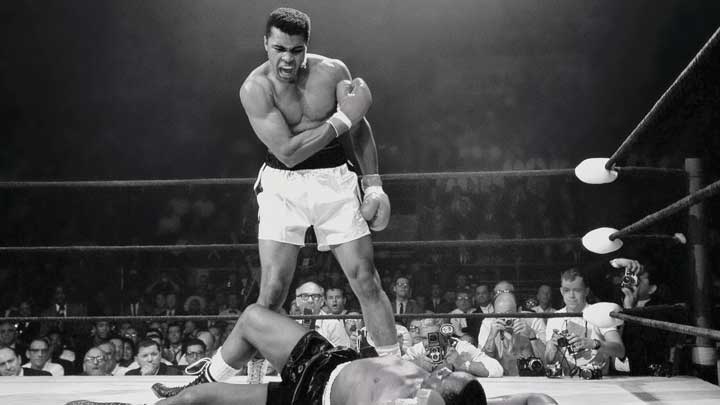 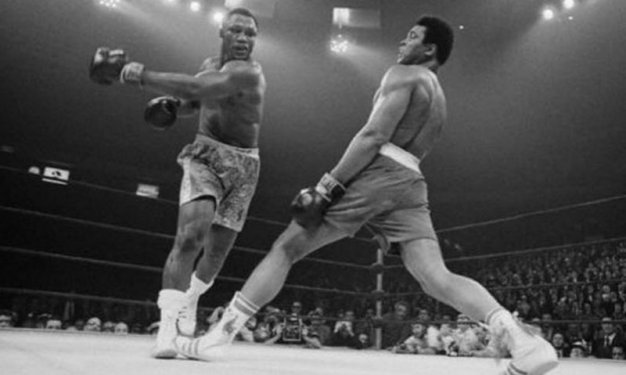 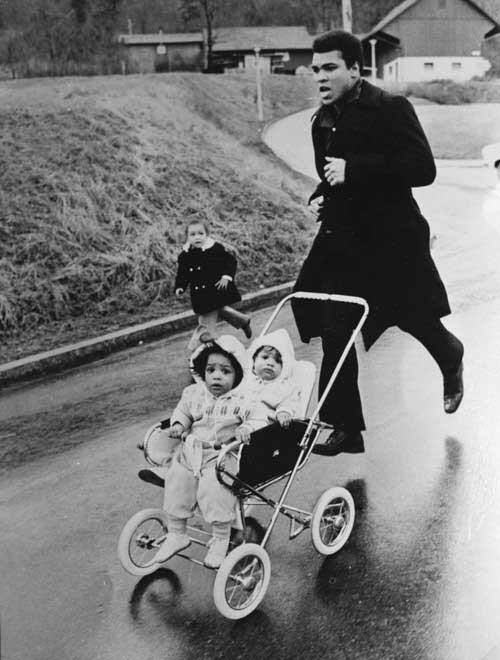 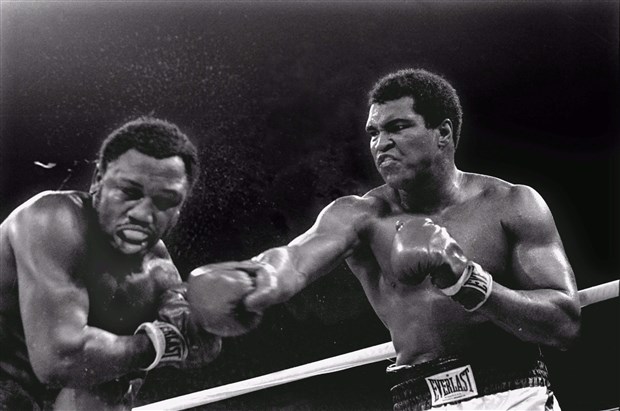 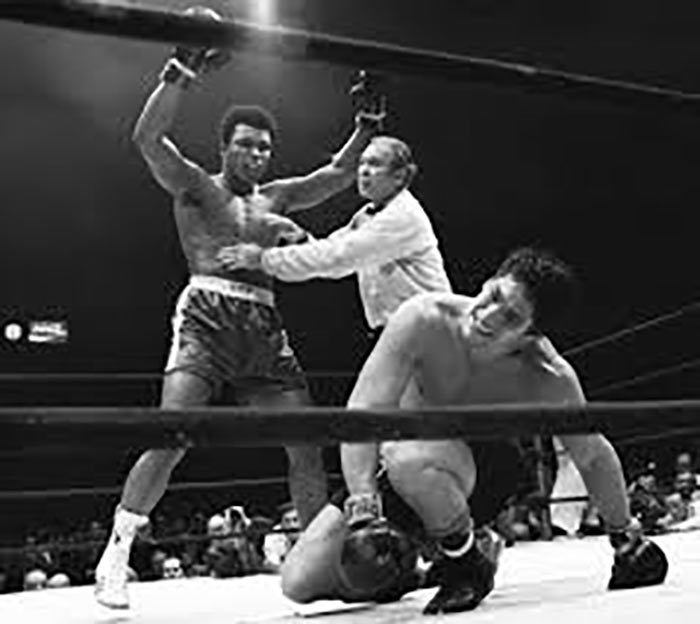 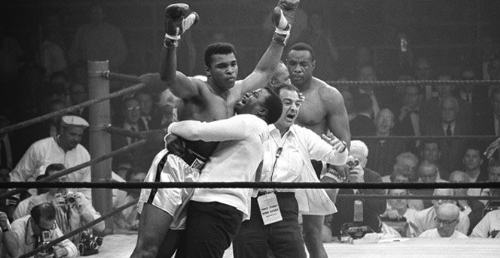 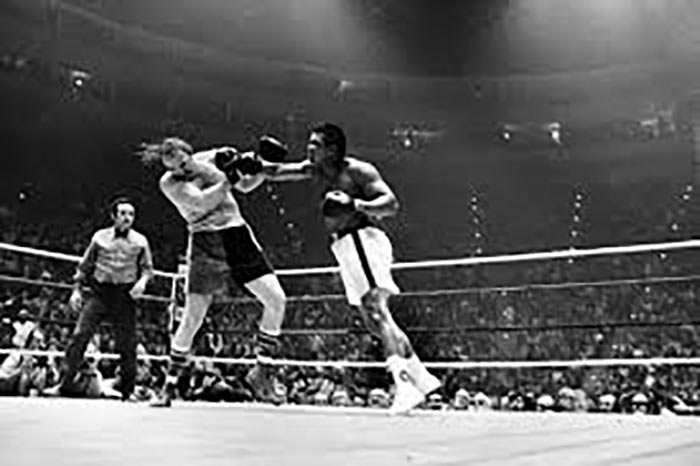 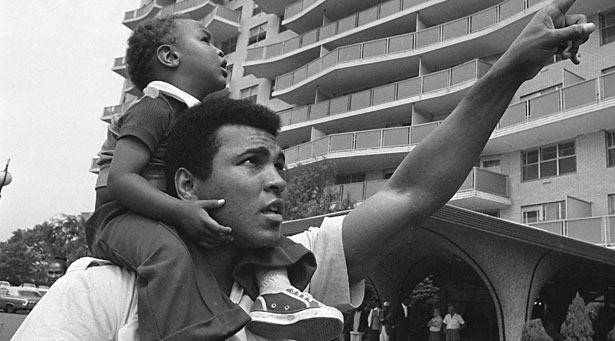 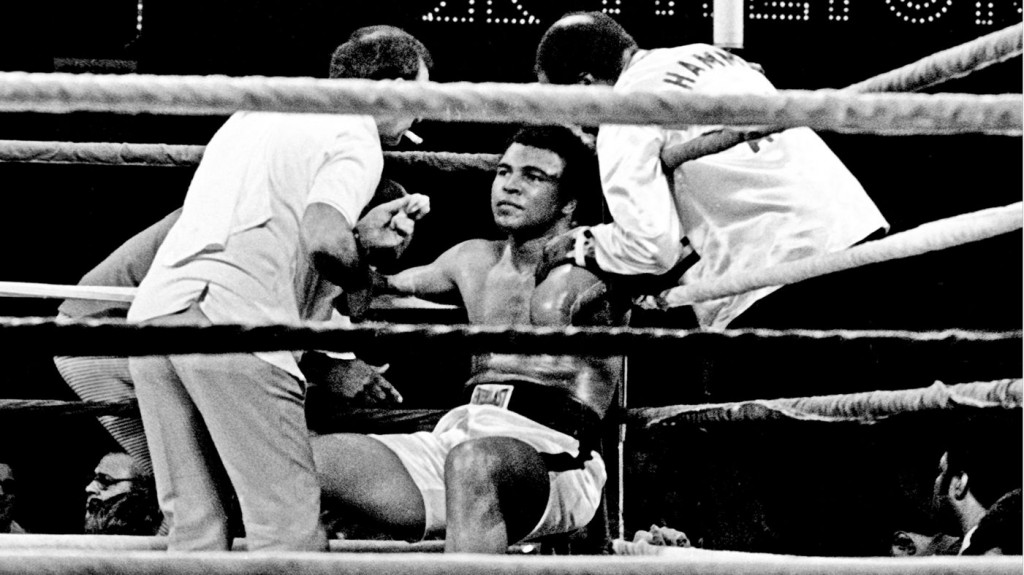 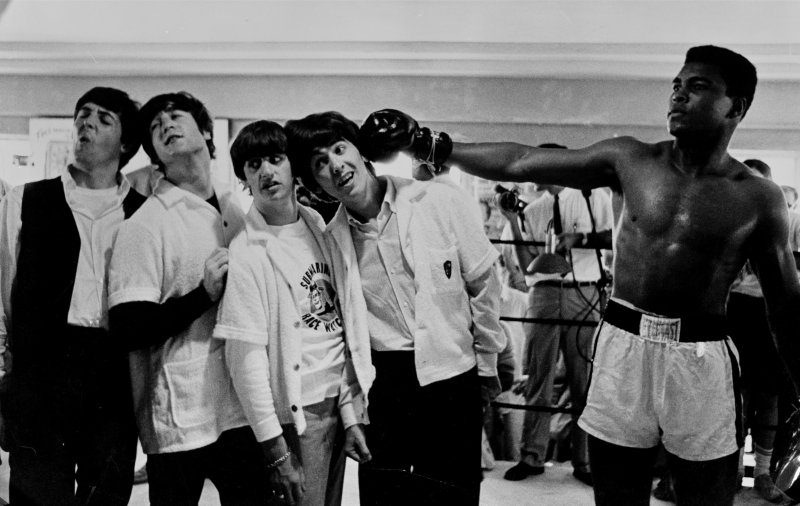 When I am champion I’m growing to grow a beard and put on a pair of old jeans and a battered hat so nobody recognizes me as I walk down the street of the town. I am going to keep walking until I found someone who loves me for who I really am. When I find that person I am going to take them to my $250,000 home up on the hill of my million-dollar property, show them my Cadillac and the indoor pool I use on rainy days, and say, “These are all yours because you love me for being me.”