What the Germanwings Disaster Taught Us 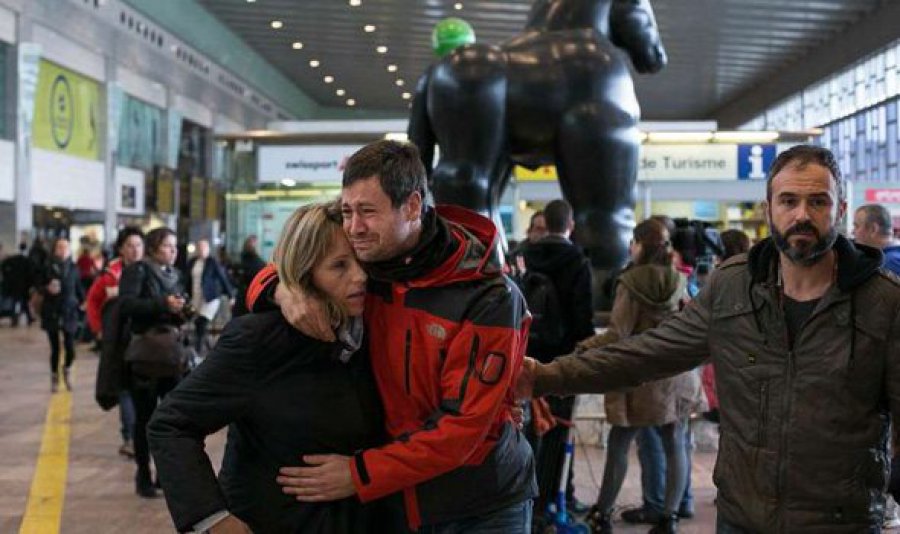 It is often said that arbitrary rules are there to be broken. However, some rules have been refined over the years for a reason, and following them can mean the difference between life and death. The failure to do so makes disasters like the one outlined in this article unavoidable.

Last month, the entire world was fixated on Andreas Lubitz, the co-pilot employed by Lufthansa subsidiary Germanwings who deliberately crashed a plane, killing himself and 149 others. 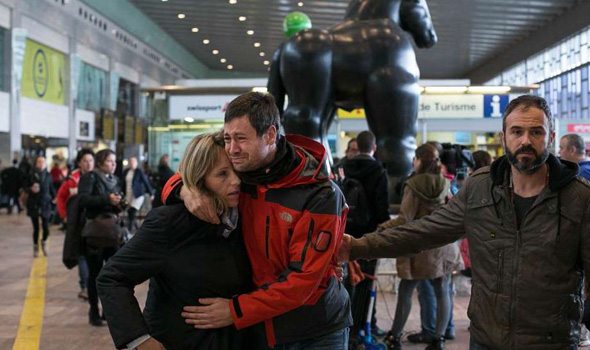 Initial reactions from the friends and relatives of the dead passengers. I would like to take this opportunity to wish for their souls of the deceased to rest in peace to extend my heartfelt condolences to their families.​

Much debate has been inspired by this incomprehensible disaster, a computer-generated re-creation of which can be find at this link:http://www.dailymotion.com/video/x2knpt7_dusen-ucagin-animasyonu_news?start=12 The outcome of these debates contains lessons for us all.

The first debate was over how someone with mental health issues was allowed to fly a plane. Ralf Herrenbrueck, the German chief prosecutor, said a search of Lubitz’s home turned up certification of appropriate medical treatment confirming his fitness to fly. Herrenbrueck also revealed that Lubitz had received sick notes, including one that was torn up and for the day of the incident. According to the prosecutor, the evidence suggested that the pilot had kept a medical condition “hidden from his employers and colleagues.”

Christoph Kumpa, a different prosecutor, said that Lubitz had been treated for suicidal tendencies during Flight Training Pilot School. Dusseldorf University Hospital announced that Lubitz had received treatment at its clinic in February. A later report did not specify what treatment Lubitz received when he visited that hospital again on March 10th.

I am a frequent flyer, and these news accounts sent chills down my spine. We surrender our safety to a pilot each time we fly. In this case, the co-pilot was a psychopath responsible for the deaths of hundreds of innocent people. It makes you ask, “If he wanted to commit suicide, why did he have to take down so many people with him. What kind of psychopath does that?” 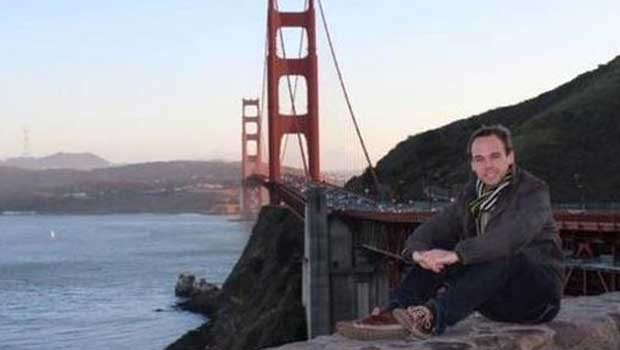 Co-pilot Lubitz posing in front of the Golden Gate Bridge. A series of failings allowed the man smiling into the camera here to kill 149 people.​

I think what this discussion has taught us is the necessity for a rule dictating that even the slightest suspicions about a pilot’s mental health should result in a suspension. Instead of merely attempting to rehabilitate the pilot, he or she should be forced to find a new career. This is no joking matter. Allowing exceptions can result in death for hundreds, as it did in the case of Germanwings.

The second debate centered on the number of personnel that should be present in the cockpit. If the captain had not left the co-pilot on his own to go to the lavatory, perhaps the plane would not have crashed. The co-pilot took advantage of the situation, locking the door and launching a kamikaze descent.

According to the German newspaper Bild am Sonntag, the black box recording revealed that just seconds before the plane crashed, the captain, Patrick Sonderheimer, called out to Lubitz, “For God’s sake, open this door.” The screams of passengers can be heard in the background as Sonderheimer then takes an ax to the door and shouts, “Open the damn door.” 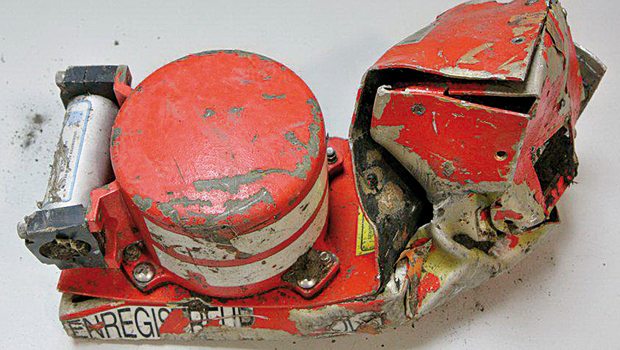 After the crash, demands increased for European airlines to require the presence of at least two authorized personnel, including a pilot, in the cockpit at all times, a regulation already in place in the United States. The debate has resulted in this change, as far as I have been able to ascertain. 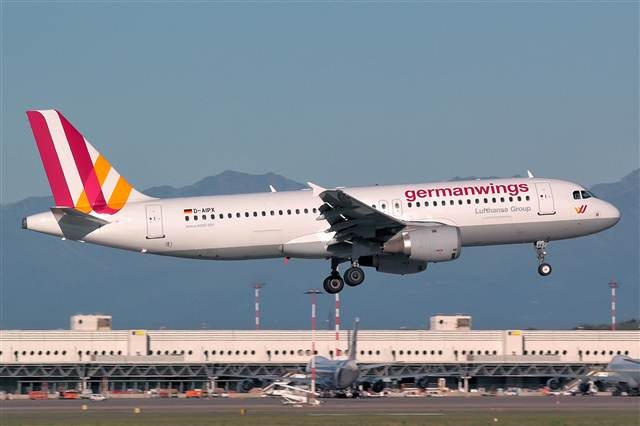 A Germanwings plane takes off

The third debate asked whether or not Germanwings should be able to fully absolve itself of responsibility by blaming the tragedy on the co-pilot alone. Some argued that Lufthansa had done just that in order to avoid costly lawsuits and to maximize compensation for the victims’ families at €50,000 each. You cannot put a price on human life. It is especially upsetting when you consider the circumstances of the innocent people on that flight. Although Lufthansa and Germanwings have faced a chorus of criticism (and in my opinion they were negligent in certain areas), I think the Germans have handled things well in terms of communications. They have consistently focused on those who lost their lives and their families. 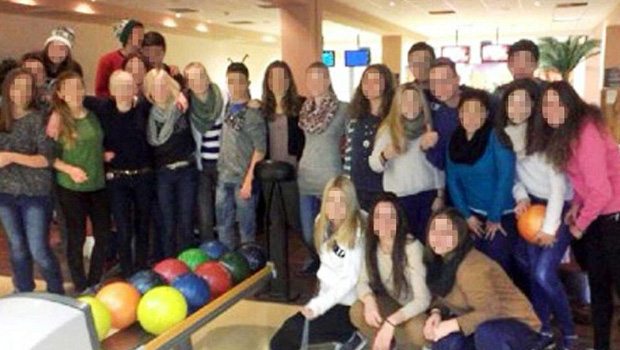 A happy pose before boarding​

The fourth debate concerned a short film. One of the six shorts in Relatos Salvajes/Wild Tales, an Argentine anthology film nominated for an Oscar this year in the best foreign language film category, is about suicide by plane crash. The character Gabriel Pasternak gathers the people he hates onto a plane and then crashes it. You can watch a clip with English subtitles here: https://www.youtube.com/watch?v=cNURIZWLm1M&spfreload=10

There was an uproar when Wild Tales was screened in Great Britain. Despite calls for the film’s release to be postponed in light of the Germanwings disaster, it was still screened, as it had been earlier in Germany and Spain.

The film was controversial because there was speculation over whether or not the pilot had watched it, and whether it might have inspired him to crash the plane. We will never know, but it is certainly horrifying to see a real-life event like this after having watched the film.

The tragedy reminds us once again of how important flight safety is. It is not only the pilots who have to follow safety rules, but also the flight attendants and even the passengers.

Every time I board a plane I encounter a few passengers who fail to follow the rules or who are ignorant of them. I do what I can to help those who are simply unaware. For example, I have shown a number of people how to fasten their seatbelts. I have also warned others to follow the rules.

One day, I was flying to Gaziantep for a Solar Energy Conference. We had just begun our descent to the airport when someone in his sixties in the next seat over opened his laptop and began reading. I tried to ignore it at first, but when he was still reading five minutes later I decided to intervene. I calmly said:

- “You’ve heard about the rule. All electronic devices must be switched off during take-off and landing. That’s all I’m saying.”

He scowled, closed his laptop and said, “Feel better now?”

- “It’s got nothing to do with my feelings. Electronic devices can interfere with plane controls, jeopardizing the lives of everyone on board. Everyone knows this rule.”

He bristled and was about to say something when a flight attendant finally got involved. “He’s right, sir. And would you please move your seat to an upright position,” she said. The man did what he was told without a peep.

I later saw that very same man at the Solar Energy Conference, at which I couldn’t help thinking to myself, “Someone who disregards the safety of hundreds of passengers will disregard the safety of the workers building a power plant.”

I have had many similar experiences and am tired of having to explain certain things to people. I want to make one thing clear: I don’t suffer a fear of heights. In fact, I’m even thinking about going sky diving one day. It’s bound to be a lot of fun. But I can still see that life is a precarious thing. There are situations where everyone needs to follow the rules. I think we should start teaching some of these rules at school so that they become deeply ingrained. For example:

Those are the potentially life-saving rules that come to mind at the moment. Although the risk of a plane accident is lower than that of a car accident, you are less likely to survive the former, which tend to be fatal.

Below, you’ll find links to the relevant news articles I read. I include them as a reference.