Witnessing history at the UN (2) 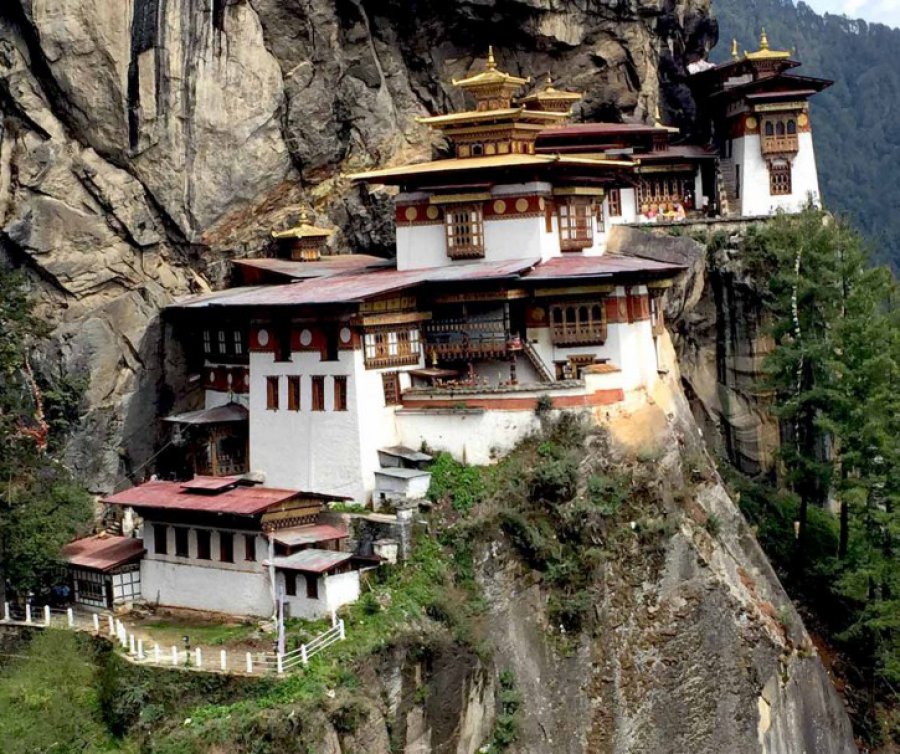 I have already shared in recent weeks my first impressions of being a guest of the United Nations at the signing ceremony for the Paris Agreement on Climate Change, (http://www.serhansuzer.com/2016/05/07/birlesmis-milletlerde-tarihe-taniklik-etmek-1/), recounting what it was like to enter the UN building and take my place on the balcony. Now it’s time for the second installment of a series of posts on what I believe is a critical subject…

While waiting for the start of the ceremony scheduled for 08:30 I had the opportunity to get acquainted with the representatives of various organizations and associations that proven their actions their commitment to “sustainability.”  In the course of conversation talk naturally turned to the approach various countries take to promoting sustainability and what else can be done. As we spoke and as I looked down from the balcony at the gathering of those representing countries from around the world, a number of thoughts passed through my mind, some of which I can summarize as follows:

For many years, since I was at university, I have considered economies dependent on fossil fuels to be unsustainable. However, I found that there were very few people I could discuss this viewpoint with, including my nearest and dearest. “Serhan,” they would say, “you’re getting carried away with your idealism. Be more realistic.”

I was an avid reader of articles on sustainability, renewable energy and climate change, partly because they reinforced my own views. That is why, back at the beginning of the 2000s, I would speak up from time to time at meetings at our family company, Süzer Holding, to advise that we go into renewable energy. However, the company was always dealing with various crises and the time never seemed ripe. The business environment and general mindset did allow further discussion, yet alone action.

When I decided to set up my own business in 2011, after having worked for the family company for 10 years, the first investment I chose to make was in solar energy. Although there were other sectors where I would have made more money much more quickly and with which I was more familiar, I gravitated in particular toward solar energy. In fact, I went a little overboard: acting on the understanding that constant technological advances were required for renewable energy and sustainability, I founded a company devoted to R&D in solar energy.  I later sold the R&D company and focused on the commercial side of the field, as a result of which I was proven with each passing day to have formulated a winning strategy.

As I was engaged in all of this, I openly shared all of my views on this blog. Below, you can find links to some relevant posts:

In order to present a more detailed account of my views on these subjects, in 2013 I penned for Turkish Policy Quarterly an English-language article entitled “Why should Turkey aim for 100% renewable energy?” Below is the conclusion of the article, which is linked here:http://www.turkishpolicy.com/article/632/why-turkey-should-aim-for-100-renewable-energy-summer-2013.

As energy demand is expected to grow further, reliance on imported fossil fuels such as coal, oil, and natural gas expose Turkey to vulnerabilities such as energy dependence, environmental degradation, and a high current account deficit. As declared by Greenpeace in 2010, the planet is on the brink of uncontrollable climate change. If annual average temperatures rise by more than two degrees Celsius, the entire world will face more natural disasters, hotter and longer droughts, waning of agricultural areas, and massive loss of species. Since climate change is caused by burning fossil fuels, we urgently need an energy revolution that could change the world’s energy composition. To avoid dangerous climate change, global emissions must peak in 2015 and start declining thereafter, reaching as close to zero as possible by mid-century.

Fighting climate change is paramount: as such, it is essential that sustainable power generation becomes virtually carbon-free as soon as possible. Renewable energy is the only solution in this regard. Fossil fuels should be utilized as raw materials. For instance, oil should be used for petrochemicals and natural gas should be utilized to manufacture fertilizers. These materials should always be recycled. In a sun-rich country like Turkey, whether via centralized systems such as solar power plants or via decentralized systems for houses, hotels, shopping malls, hospitals, factories etc., solar energy can meet most of the energy demand. The country’s other renewable energy resources, i.e. the wind, geothermal, biofuels, hydro, wave, hydrogen, also have huge potential.

Contrary to the arguments claiming that renewable energy cannot provide baseload power; one can rely 100 percent on renewable energy sources to generate power 24 hours a day by simply installing storage technologies such as heat storage or power storage systems, or by utilizing geothermal systems and biofuels to back up your solar or wind systems. Furthermore, biofuels have the potential to replace fossil fuels in Turkey, as they can be grown by humans en masse. Turkey should change its energy policy to simply optimize energy consumption by supporting energy efficiency, give up on supporting environmentally hazardous energy generation such as nuclear, coal, or shale gas and aim for 100 percent renewable energy. This will help relieve the economy by reducing energy importation, protect the environment by reducing carbon emission, and provide energy independence which is a national security matter. This will also put Turkey at the leading edge of the curve in the global energy industry, where even developed countries will have to follow Turkey once it proves that 100 percent renewable energy is not just a dream, but a reality. The time has come for the inevitable transition to renewable energy and carbon-free economies.

A colleague I was chatting with the other day told me that there was a king who shared the same vision I have, and sent me a link to a TED talk concerning Bhutan. I’d like to share it with you.

According to the fourth king of Bhutan, a country located between China and India, Gross National Happiness (GNH) is more important than Gross National Product (GNP). 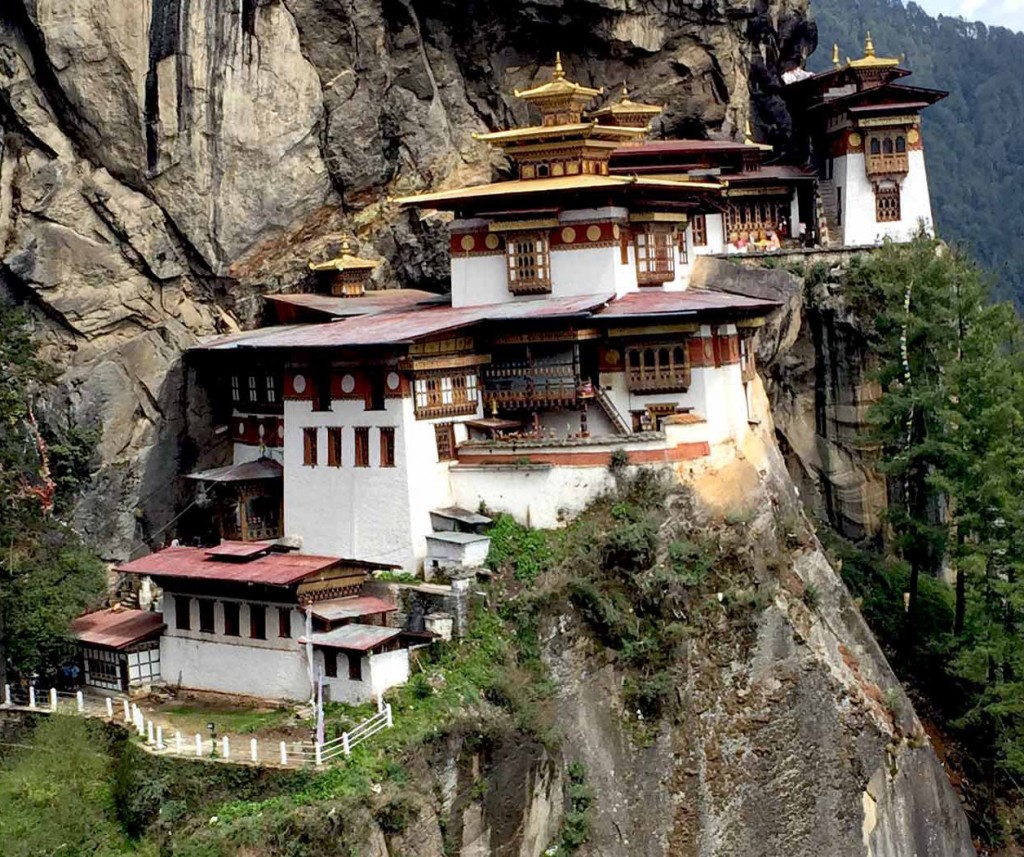 The constitution stipulates that at least 60% of the country remain forestland. Currently, forests cover 72% of Bhutan.

The country argues that development must occur in tandem with certain values. That is, they are not sacrificing all-important nature in the name of development and growth. These values are prioritized over economic growth.  Bhutan is not only carbon neutral, it is carbon negative. That is, it absorbs more carbon dioxide every year than its various sources emit. It produces 2.2 million tons of carbon dioxide annually, but its forests absorb three times that.

Bhutan pledged in 2009 that it would become carbon neutral and would remain so for all time (not that anyone noticed). Some of the actions being taken to honor this pledge are as follows:

These amazing steps launched by the king of Bhutan require financing, for which reason a unique  program called “Bhutan for Life” has been initiated to secure funding from individual donors.

The most striking statement of all in this presentation was as follows:

“We are all here together in the world living on the same planet and breathing the same air. We bear the brunt of the consequences of mistakes made by large countries. Climate change caused by other countries has led to drought and natural disasters that have begun inflicting major damage on our country as well.” Various examples of this damage was shared.

Have I been able to more fully explain why the Paris Agreement signed at the United Nations headquarters to address global warming is so critically important?

In my next post I will share all the details of that program. In the meantime, I wish you well.